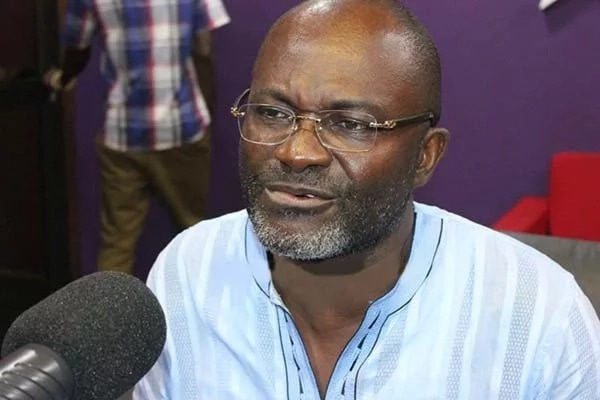 The Member of Parliament for Assin Central in embarking on a one-man campaign to expose the journalist claiming he is not as clean as he has portrayed himself.

Agyapong is premiering his exposé on Anas on Wednesday and as a prelude has launched the laser guided attack on the journalist he has accused of being corrupt.

Agyapong claims he knows the number of children fathered by Anas insisting if he was as clean as he claims he wouldn't sleep around to make this number of kids at 37.

“At 37 years, Anas has 13 children. I thought I had many children but he’s doing well,” Kennedy Agyapong reportedly said.

Agyapong's latest remark about Anas insinuates that the investigative journalist has this number of children with different women, as if to say the Anas has children scattered about.

This is because it is unrealistic for a young man of Anas' age to have such a number of children, and also with one woman.

According to the reports, Kennedy Agyapong made this revelation in an interview on his own TV station, NET 2 TV, on Wednesday, June 27, 2018.

‘Number 12’ has brought to light many shady and corrupt deals by officials of the Ghana Football Association (GFA).

Consequently, the former GFA President, Kwesi Nyantakyi, resigned from his position, and vowed to fight Anas legally for embarrassing him in the video.

But Kennedy Agyapong has said the mode of operation by Anas is unacceptable, and must be condemned by Ghanaians.

For this reason, Hon. Agyapong claimed he has gathered many corrupt evidence against Anas in a video titled: “Who watches the watchman” which would be premiered on Wednesday, June 27, 2018.

He claimed it was a disgruntled member of Anas’ team who leaked that information to him.

Kennedy Agyapong has said if he fails to show that video to the public, then the gods should strike him dead.

fuzy 4 years ago
u are a usless good for Human being. u are a stupid cowd God will punish all your Generation