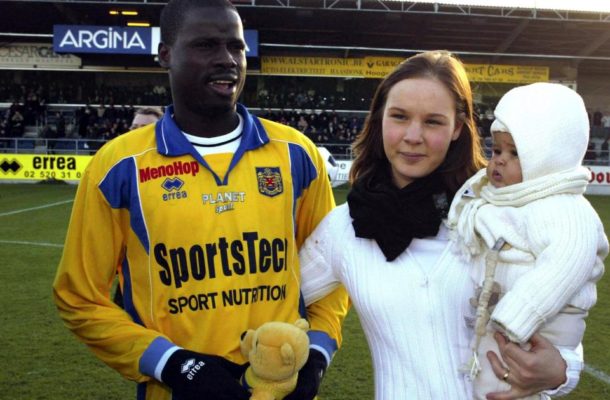 Former Ivory Coast and Arsenal defender Emmanuel Eboue has revealed that he was contemplating suicide after his messy divorce battle left him broke.

The 34-year-old who was a millionaire after playing for the English side has all his assets stripped off him after he lost a divorce battle that left his wife Aurelie.
Ivorian used to make millions in the Premier League but is now sleeping on his friend’s floor, washing his clothes by hand and hiding from bailiffs.

Eboue told how he lost a divorce battle that left his wife Aurelie with all of their assets and how he has no contact with his daughters Clara, 14, and Maeva, 12.

“Every day I wash my jeans, my clothes, everything. My hands are hard. As though I have been working on a farm," Eboue said.

“Sometimes I shut off the lights because I don’t want people to know that I am inside. I put everything behind the door.

“I am in the house but I am scared. Because I don’t know what time the police will come.

“I look back and say ­‘Emmanuel, you have been naive… why didn’t you think about that before?’ It is hard.

“The money I earned, I sent it to my wife for our children.

“In Turkey I earned eight million euros. I sent seven million back home. Whatever she tells me to sign, I sign.”

Eboue played for Arsenal for seven years before moving to Turkish side Galatasaray in 2011.

He has represented the Ivory Coast 79 times, scoring three goals in his international career and playing at the World Cup.