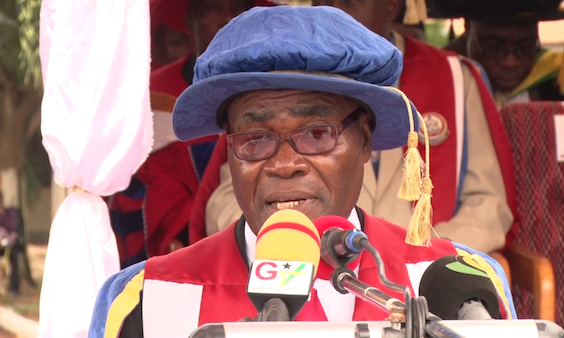 It has emerged that an associate professor of the University of Education Winneba (UEW), Emmanuel Nicholas Abakah has promoted himself to full Professor.

The Associate Professor who is the Chairman of the Council that has the mandate to promote associate professors to full professors from information gathered has breached laid down procedures.

The rules of promotion in the UEW statutes require that an individual who is due for promotion have to submit an application for promotion at least 12 months (1 year) before the date of retirement. 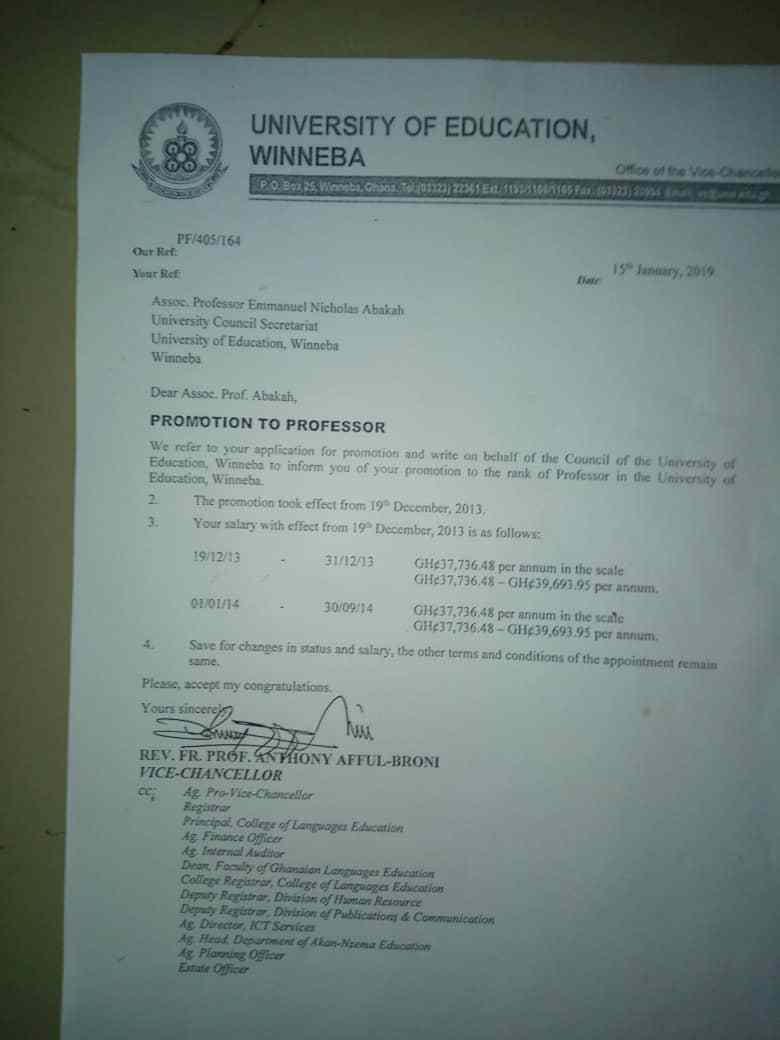 But Associate Professor Abakah failed to meet this requirement so the Registry didn’t accept his application.

Information gathered by Ghanaguardian.com says the application of Mr Abakah, didn’t get to the Registrar within the time limit prescribed by the Statutes.

He applied in December 2013 and retired in September 2014. Just 10 months instead of 12 months to retirement, the source revealed.

It has also been established by our source that, over five clear years after retirement, when he (Abakah), became the Chairman of Council, he ordered the Statutes to be breached so he can promote himself.

Prof Asabere was the VC and Dr Akwaa-Mensah was the Registrar when this application was submitted.

However, Prof Afful-Broni and Surv. Osei-Berima have ignored the UEW Statutes They revived a 5-year old application that fell short of the rules in the Statutes and processed it for Abakah to promote himself. Order from above, our source added.

His promotion is not just wrong as in conflict of interest and against practice but is corrupt too. This may partly explain why he as Council chair he can’t challenge the unjustified and unlawful actions of the VC, including the recent dismissals of lectures, our source noted.

When contacted, Dr. Clement Apaak, the Deputy Ranking member on the Education Committee of Parliament, indicated that the promotion letter has come to his attention.