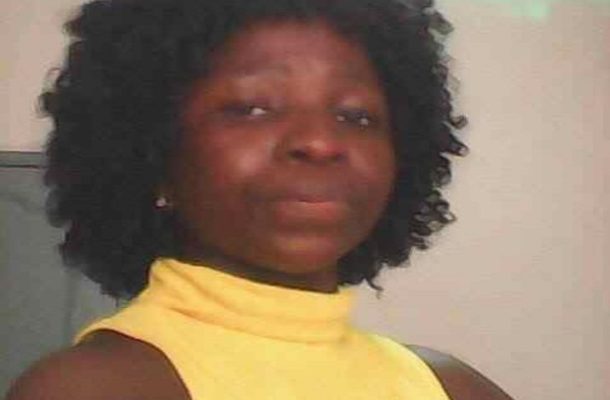 The murder of a 24-year-old woman in New Juaben South Municipality of the Eastern Region has shaken the New Patriotic Party (NPP) in the region.

The lady identified as Rita Afia Pokua was found dead in a bush behind Abrewa-Nkwanta in what is suspected to be a murder case.

The deceased was found by a shop attendant on Wednesday in the bushes behind the SDA Educational Unit in the town.

She is said to be the sister to a communication team member of the New Patriotic Party in the Eastern Region.

Relatives of Rita said she left home on Tuesday, July 9 at about 7:00am for the shop but never returned, something they said was unusual of her hence reported the matter to the Effiduase Police Station.

According to the relatives, they received information on the next day that Rita’s body has been found behind the SDA Educational Unit and they proceeded to the scene only to find her dead.

The Police were called in to examine the crime scene.

She was lying in a supine position wearing black underwear which was halfway below her waist. The long dress she wore had been pulled up to the stomach region.

Spot investigation by the Police suggested she struggled with her assailant(s) as body inspection showed bruises on her cheek. There were also visible marks of assault around her back, right ankle, buttocks and both thighs.


She also had blood oozing out of her left ear.

The Police have since removed the body from the scene and deposited it the St Joseph’s Hospital mortuary for autopsy.

Commenting on the matter, the Eastern Regional NPP Communications Director, David Prah, has described the death as shocking and event surrounding it barbaric.

He wants the police to investigate the matter and bring the perpetrators to book.