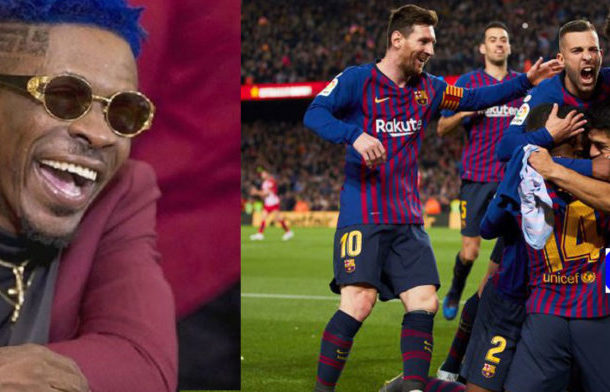 Ghanaian dancehall artiste, Shatta Wale has announced his presence in the football market by grabbing the attention of the players of football giants FC Barcelona with his ‘Borjor’ song which is currently making waves both locally and internationally.

In a video trending on Twitter, the Barcelona players were visibly heading out of the tunnel to play a football match while Shatta Wale's song played at the background.

Prior to that, the dressing room of the Spanish giants was showcased with the song at the background as well.

Many SM fans couldn’t keep mute as they took to social media to hail their king for achieving this feat.

It will be recalled that Sergio Ramos, captain for Real Madrid was also seen jamming to Shatta Wale and Beyonce’s song titled “Already” after their team’s victory over rivals Athletico Madrid which threw social media into a frenzy mood last year.