So much lawlessness, indiscipline in Ghana now - NPP's Lady Gee 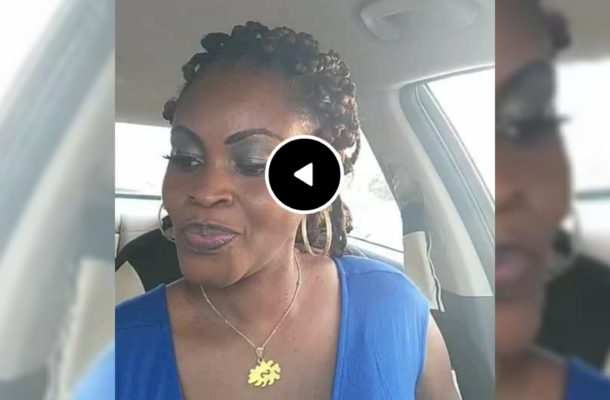 Ghanaian journalist with Amansan FM UK and a member of the ruling New Patriotic Party (NPP), Lady Gee, has called the attention of Ghana government to the 'lawlessness and indiscipline' currently ongoing in the country.

This was in reaction to the demolition of a building belonging to the Nigeria High Commission in Ghana.

Some unidentified armed men stormed the premises of the Embassy in the capital, Accra, on Friday, June 19, 2020, at about 10.30pm, demolishing some apartments under construction.

The building was being constructed to house staff and visiting diplomats to the High Commission.

But speaking in a Facebook live video Sunday, to register her displeasure over the incident, Lady Gee said, indiscipline on the part of some citizens, is why Ghana is in this state of embarrassment.

"There's so much lawlessness in the country now. I don't understand why people can be this indiscipline. Now the pictures are being shown on national TV stations in Nigeria, and it's everything across the globe", the obviously troubled journalist said.

Lady, however, chided the government to act swiftly in bringing those involved in the demolition under punishment for denting the good image of the country, as according to her, the diplomatic implications on the matter, could be very unbearable for Ghanaians.

"Government must come out to give explanations. This is very disgraceful and shameful to our dear nation. Whoever had the impudent to demolish this building should be dealt with accordingly. So do you like the fact that this video is being shown everywhere in their country? Have you thought about the implications it has on our nationals there?", she rhetorically quizzed.

Meanwhile, the Ghana government, through the Ministry of Foreign Affairs and Regional Integration, has said the incident has come to its attention and being investigated to call the perpetrators to book.

The statement reads: "It has come to the attention of the Ministry of Foreign Affairs and Regional Integration that unidentified individuals had allegedly breached the premises of the Nigeria High Commission in Accra and demolished its property under construction around 10:30pm on Friday, 19th June, 2020.

"The ministry views with concern this development which is a breach of the Vienna Convention on Diplomatic Relations (VCDR. 1961).

"Accordingly, investigations are ongoing to unravel the facts of the matter and bring the perpetrators to book. Meanwhile, the Government of Ghana has beefed up security at the said facility and the situation is under control.

"Whilst expressing regrets over the incident, the ministry wishes to reassure the diplomatic community in Ghana and the Nigeria High Commission in particular, that Ghana remains a Iaw-abiding country that upholds the principle of the rule of law, where due process is followed at all times. The Government will, therefore, not relent on its primary obligation to guarantee the safety of members of the Diplomatic Corps in Ghana."