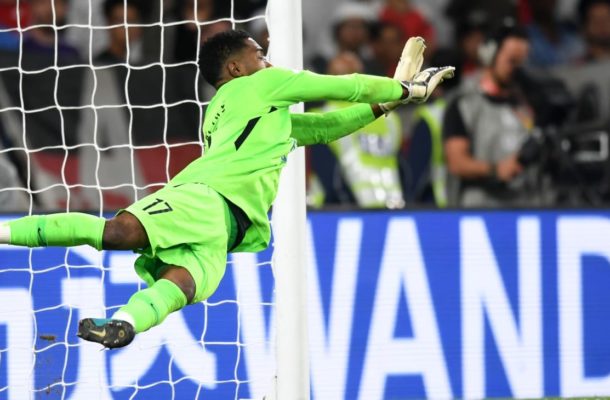 Kuala Lumpur: The-AFC.com roams around social media to see what the continent's stars have been up to in the final days before travelling to the UAE.


With less than two weeks to go for the AFC Asian Cup UAE 2019 kick-off, players are wrapping up their club commitments. For some, they leave on a high, be it an local rivalry triumph or impressing on the global stage. Birthday celebrations were in order and so were family days out. What is left is just to work hard and look for glory in the UAE!

In his final club match before flying to the UAE, Al Hilal and Saudi Arabia full-back Yasser Al Shahrani celebrated an impressive 4-2 win over rivals Al Ahli. The left-back departed for Dubai on a high, netting the pick of the goals to keep his team three points clear at the top of the Saudi Pro League.

Ahead of joining up with the Samurai Blue squad heading to the UAE, Japan defender Tomoaki Makino has been pushing his limits in the gym. The 31-year-old's Instagram post suggests his legs are far from gone, as he hits a speed of 21 km/hr on the treadmill.

UAE and Al Ain goalkeeper Khalid Eissa reflected on an incredible journey as his club side made it all the way to the FIFA Club World Cup UAE 2019 final on home soil, before losing to European champions Real Madrid. The 29-year-old played a crucial role in the team's success, saving the decisive penalty in the shoot-out semi-final win over River Plate of Argentina, and was one of the best performers throughout the tournament.

Baloons and celebrations were in order at Stadio Atleti Azzurri d'Italia in Bergamo as Iraq defender Ali Adnan marked his 25th birthday. The left-back, currently on loan at Atlanta from fellow Serie A side Udinese was in joyous mood, sharing snaps from the club's facilities. He will hope to get his 26th year off to a happy start as he leads the Lions of Mespotamia in the UAE next month.

Thailand captain Teerasil Dangda enjoyed a family day out at Universal Studios in Osaka before teaming up with the War Elephants squad travelling to the UAE where they face India in their opening match in January 6. Dangda has been plying his trade at J-League side Sanfrecce Hiroshima on loan from Thailand's Muangthong United for the past year.