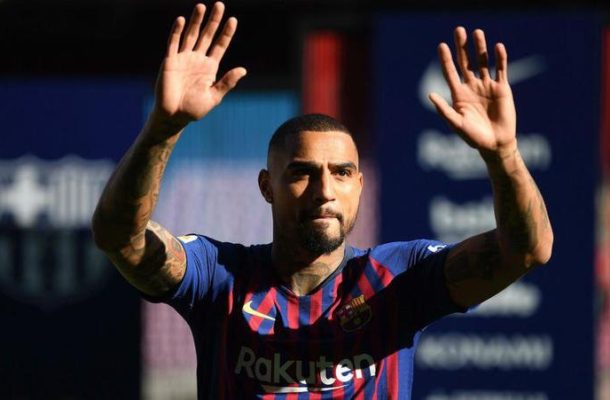 Former Black Meteors star Solar Ayew has called on coach Kwesi Appiah to recall Kevin Prince Boateng to the Black Stars fold ahead of the AFCON 2019 in Egypt.

Boateng, who recently completed a shock move to FC Barcelona, is serving an indefinite suspension from the Black Stars after he verbally abused the Ghanaian gaffer during the country's wrecked 2014 FIFA World Cup campaign in Brazil.

But Solar Ayew, uncle to the Ayew brothers believes the newly signed Barcelona forward has the quality to help Ghana win the AFCON trophy, which has eluded the country for over three decades.

"I continue to say that we should call Kelvin Prince Boateng because we don't need pastors or imams to play football. We should put our differences away and manage him. Who told you that footballers should do yes sir master. If he will help us to win Afcon let us bring him," he told