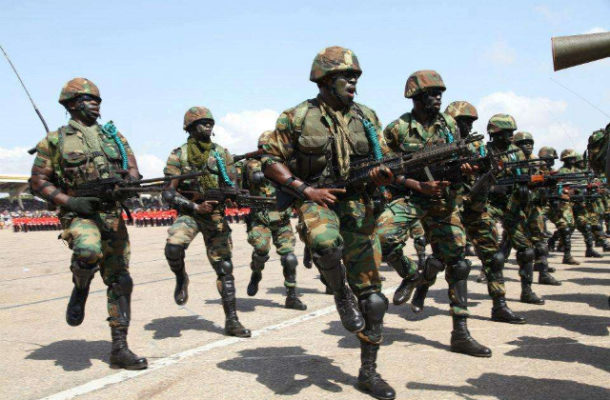 In the wake of discussions regarding the legalization or otherwise of activities of the Lesbians, Gays, Bisexual, Transgender and Queer [LGBTQ+] individuals in the country, an officer of the Ghana Armed Forces has narrated how a senior colleague attempted to lure him into the act in 2015.

Speaking to Accra based Angel FM, the officer who spoke on condition of anonymity, gave a detailed account of how the incident occurred.

“He was on a peacekeeping mission in Congo so we became friends via Facebook. While on the mission, we used to chat about romantic stuff. He was my senior so I gave him the respect and I felt it was because he was on operation and was not engaging in such acts.

“He asked me to visit him when he returned to Ghana. I was in Kumasi and he was based in Accra...I had no intentions of coming to Accra so I informed him that I will hit him up whenever I come to Accra,” the soldier narrated.

He continued, “In 2015, I came to Accra for a course so I called and told him that I’m in Accra for a course. I told him the days I will be off so on one occasion he came to pick me with his Benz. He took me around town and in our conversation, he placed his hands on my manhood. It however did not occur to me that he is gay until we got to a place where almost everyone there was gay.

“He initially tried to convince that he is not gay and then tried to make the act look normal. I was at a loss and I didn’t know the place well because I’m a Kumasi boy. He then revealed to me he accidentally had an encounter with one of the gay men.

“It happened for the second time and that’s where I concluded that he’s gay but I wanted to gather more evidence so I went for the third time and all my suspicions were confirmed. From that day, I never went out with him and he started passing information to a colleague to inform me that he has been looking for me. I told that colleague that he is gay hence my decision to stay away from him.”

The LGBTQ+ issue has become the focus of media discussion following the opening of an office by the group in Accra.

The office has upon a tip-off by the landlord been shut down by the police.

Religious bodies have also come out to condemn the actions of the group and urged the president, Nana Addo Dankwa Akufo-Addo to speak on the issue.