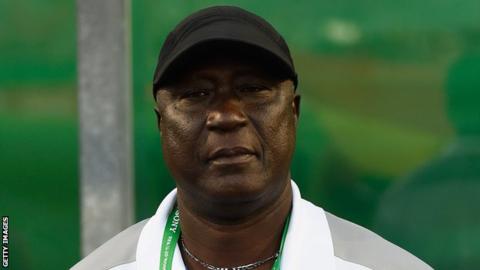 Hayford, who was in charge of hosts Ghana at the Women's Africa Cup of Nations last years, has signed a two-year contract replacing Somalia's Mohamed Abdulla Farayare.

"We needed someone with a lot of experience to identify players and also help the other junior teams," SFF president Abdiqani Said Arab..

"He is going to start identifying players ahead of the 2020 Total Africa Nations Championship (CHAN) qualifier where we play Rwanda in the first round."

The SFF will also appoint local coaches to work with Hayford for them to learn from his expertise.

Arab made it clear that now that the Somalia Premier League is more competitive, they hope to pick good players who can help the team perform well in international tournaments.

Somalia are currently the joint lowest ranked team in Africa alongside Eritrea and are 204 in the world of the 211 countries ranked by Fifa.

They have lost in the preliminary round of qualifying for the last three World Cups.

Somalia have not participated in the campaigns for the Africa Cup of Nations since 2010, when it was a joint qualification with the World Cup