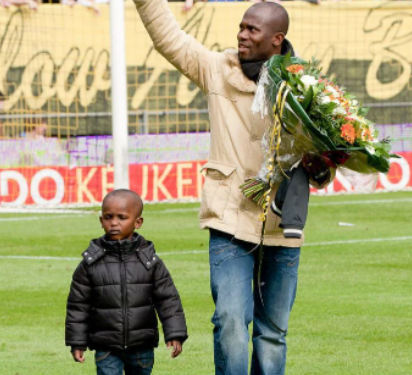 The finals of the tournament was played at the old stomping grounds of his father who played for NAC Breda for a long time during his playing days.

It was a difficult game which appeared to be heading for a stalemate until the young Amoah rekindled old memories of his father as he showed some predatory instincts to tuck home the winner and hand his side the coveted trophy.

The youngster appears to be walking in the footprints of his father who scored tons of goals for NAC Breda where he made 129 appearances and scored 56 goals.

He scored 12 goals in 45 games for the Black Stars between 2002 to 2011 with most of his goals coming during AFCON  and World Cup qualifiers.