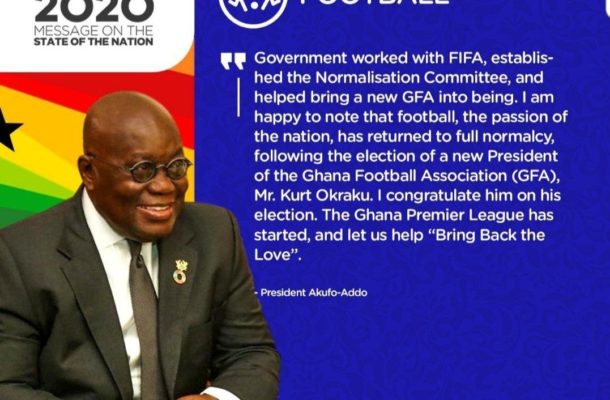 President Nana Akufo Addo has urged Ghanaians to support the current Ghana Football Association (GFA)  in their quest to bring  Ghana Football back to its feat.

The president in his State Of Nation Address on Thursday said it's about time Ghanaians rallied behind the Kurt Okraku Administration to "bring back the love" for football, which is regarded as  "the passion of the nation".

He recalled how tough it was for the Jubilee House to step in to dissolve the then Kwesi Nyantakyi administration after it was caught in corruption scandals.

"Government worked with FIFA, established the Normalization Committee and helped bring a new GFA into being," he said in his last address to parliament under his four year mandate.

"I am happy to note that football, the passion of the nation has returned to full normalcy, following the election of a new President of the Ghana Football Association (GFA), Mr Kurt Okraku."

“I congratulate him on his election. The Ghana Premier League has started and let us help “Bring Back The Love.” 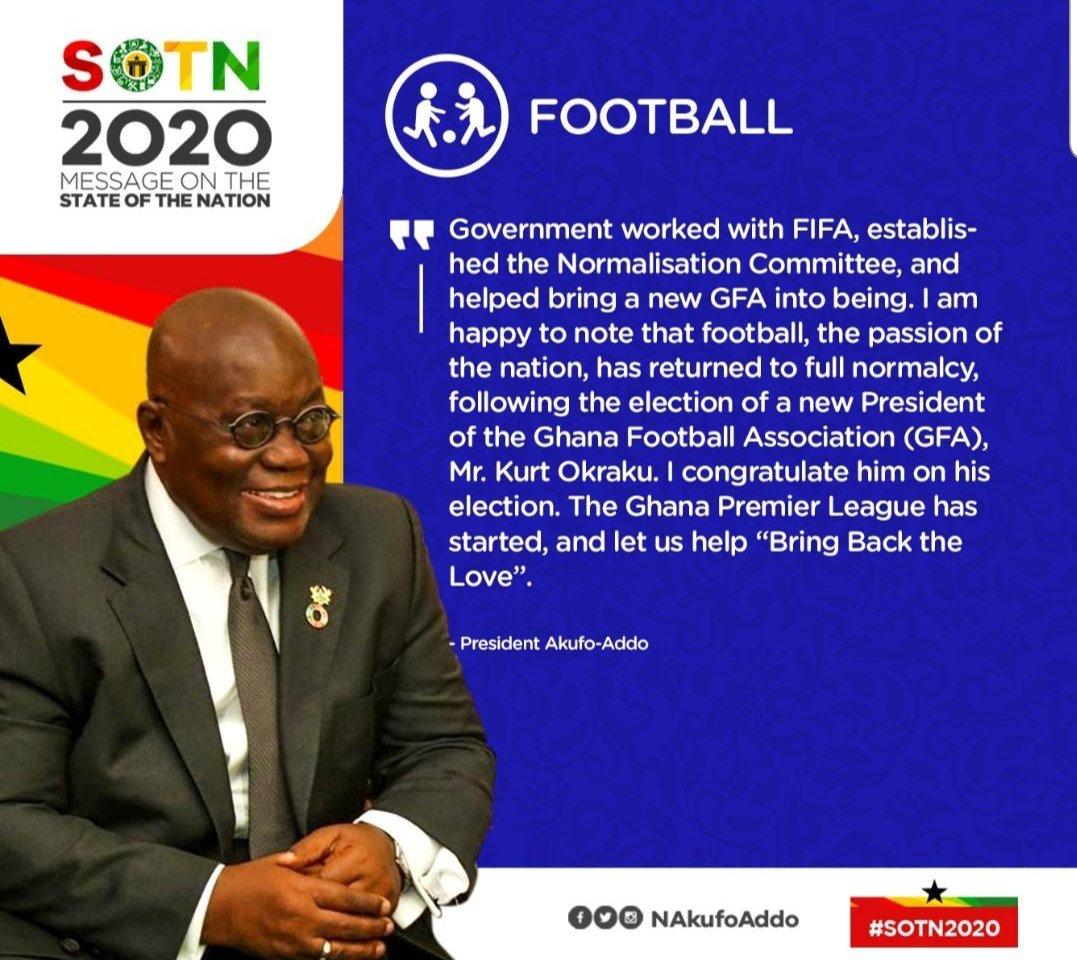 He recalled how tough it was for the Jubilee House to step in to dissolve the then Kwesi Nyantakyi administration after it was caught in corruption scandals.

Many criticised the Jubilee House for poking its nose into the affairs of an association made up private individuals.

“It was with considerable reluctance that Government had to intervene in the administration of football, when we decided to dissolve the old GFA because of the bribery and corruption that engulfed its operation,” he added. 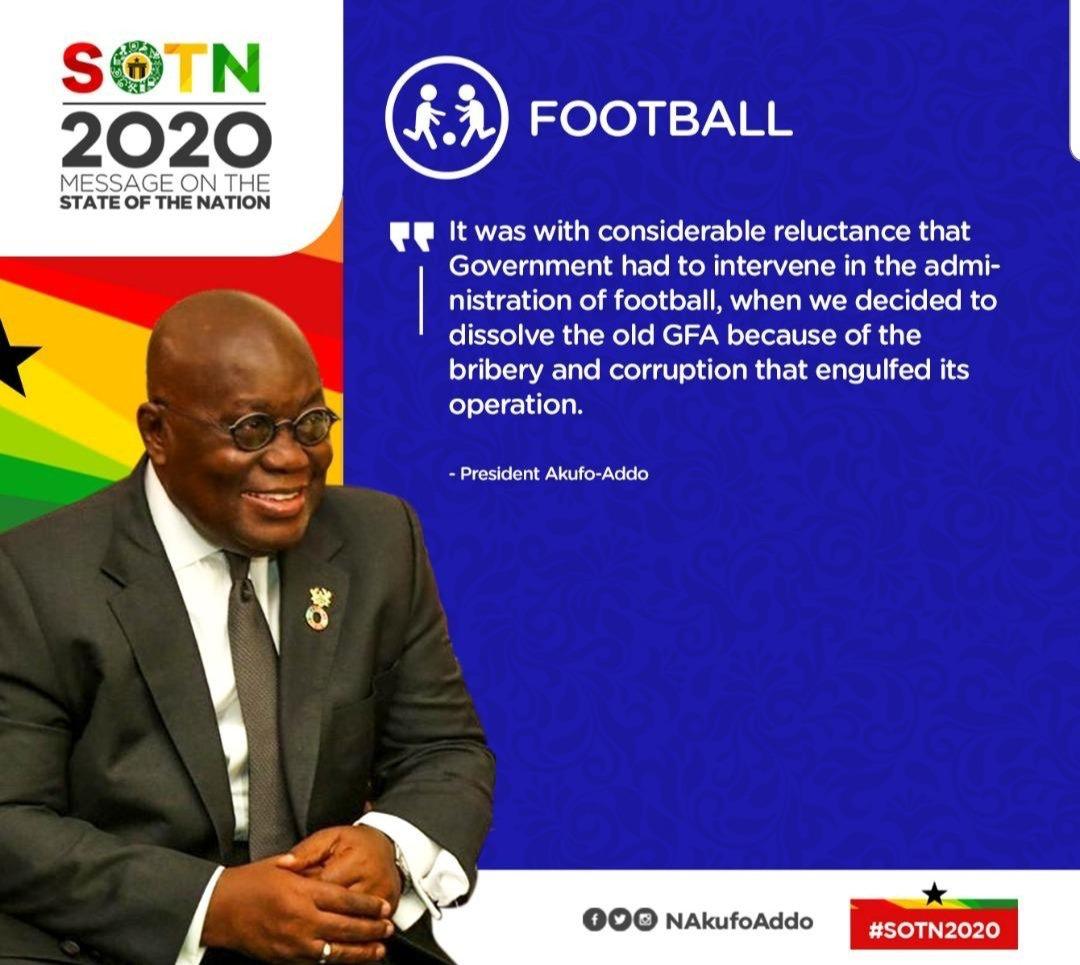 The GFA under Kurt Okraku has been operation since they began their official duties in October last year.

The launch of the #BringBackTheLove to court interest received massive responses from Ghanaians from far and near.

According to President Akufo Addo Government will continue to liaise with the GFA to ensure the growth of the football industry.