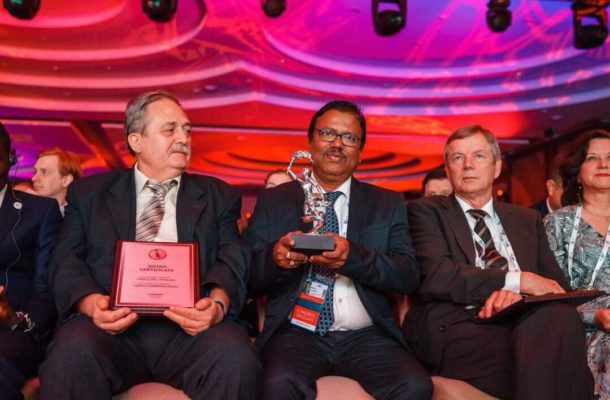 South African Nuclear Energy Corporation NECSA , has emerged victorious at the 2018 AtomExpo Awards in Russia for the best project in the non-energy related use of nuclear energy category.

The state owned NECSA won the accolade for their project for successfully converting NTP’s 99Mo process from highly enriched uranium (HEU) to low-enriched uranium (LEU), after a decade’s work, including getting the necessary national and international regulatory approvals.

Several other categories, were awarded for the maiden edition of the awrds, which include the most promising projects on nuclear programmes implementation, best break-through and innovative technology projects, best communication projects as well as the best human capital management projects.

Chairperson for NACSA, Dr Kelvin Kemm was happy that South Africa was recognised as one of the world leaders in nuclear medicine. He said

“It validates the country as among the world leaders in nuclear technology research, development and innovation. The entire world looks upon us to produce and distribute this life saving nuclear medicine.”
African Young Generation in Nuclear AYGN, a non-profit organisation was also awarded a special diploma for the exceptional work they have been doing not only on informing the African public about nuclear, but also in creating opportunities for young Africans to excel in the industry.

President of the non-profit organisation Gaopalelwe Santswere expressed appreciation and gratitude to the organizers of ATOMEXPO 2018 for recognizing the efforts of AYGN in public advocacy across the continent.

“I am truly humbled and honoured as a young African and the President of AYGN to be a part of these prestige awards. We highly value that a respected international community such as is this has put such a great emphasis on allowing young people from around the world to flourish, thrive and receive recognition.”

Mr. Santswere urged the global nuclear community to continue its support of youth organisations such as AYGN.

Four African countries featured in the awards scheme, which attracted some of the most prominent nuclear organisations across the globe, with 51 applications from 22 countries. Independent international juries comprising of global experts in their particular fields critiqued every project from a professional stand point and shortlisted three nominees for each category.

The prestigious awards are aimed at celebrating excellence in the global nuclear industry, and to honour companies which significantly contributed to the development of peaceful nuclear technologies for the benefit of mankind.