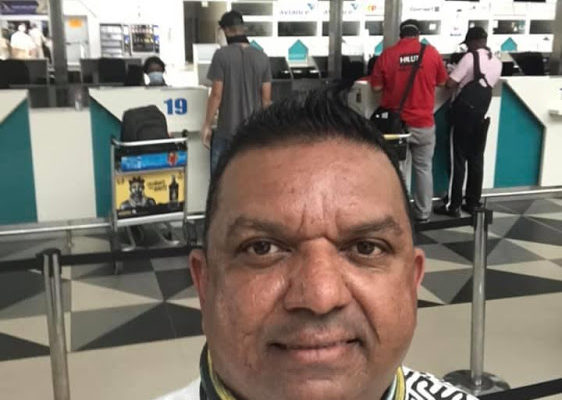 Several South Africans working in Ghana have hailed the West African country's Ministry of Foreign Affairs for ensuring that they returned home this week despite the country's airspace being on lockdown because of the outbreak of coronavirus.

The ministry supervised the repatriation of about 60 South Africa to their home country on Monday and they have praised the government’s repatriation efforts, saying their return had been well planned and was efficiently executed.

Oil and gas project manager Calvin Jacobs, who is from Durban but worked in Ghana for a year, said he was one of 60 South Africans who flew back on Monday even though Ghana had closed its borders to air travel.

A cooperation between the Ghana Ministry of Foreign Affairs and the South African High Commission in Ghana ensured that the airspace was opened for the country.

Jacobs said the expats group was stressed, but kept calm, because of the great service in Ghana and on arrival in South Africa.

“These guys really did well. Efficient, professional and most importantly, caring and compassionate,” said Jacobs.

He said there were no short cuts and all the protocols were in place.

“We are safe, the conditions are good, they gave us three meals a day, there’s no contact and we can’t leave the rooms,” he said.

The only concern expressed by Jacobs was about the logistics of travelling to Durban from Joburg once his two-week quarantine was completed, on April 27.

“I’m very happy to be back in South Africa, very grateful…

“I want to finish the quarantine and get back to the family,” he said.

Jacobs said there was a lot of work that could be done remotely, and he was using his time to continue working for his company in Ghana.

“What I look forward to the most is being home with the family and a good mutton curry with rice, some soft potatoes and sambal,” he said.

South African ambassador to Ghana, Lulama Xingwana, who escorted the group to Kotoka International Airport, said that in consultation with the South African government and the government of Ghana, the citizens were granted permission to return to South Africa.

“Most of the people going home have been here working on projects for their companies.

“Very few of them were here on holiday visiting friends and family.

“They were to return early in April, but because of the lockdown they were not able to fly, although some had return tickets,” she said.

Nicole and Justin Janse van Vuuren, a young Durban couple who moved to the Maldives to pursue a career in teaching surfing, said their plans were cut short when they were informed that they had to return home.

The 32-year-old said when they arrived on April 11 everything had been organised.