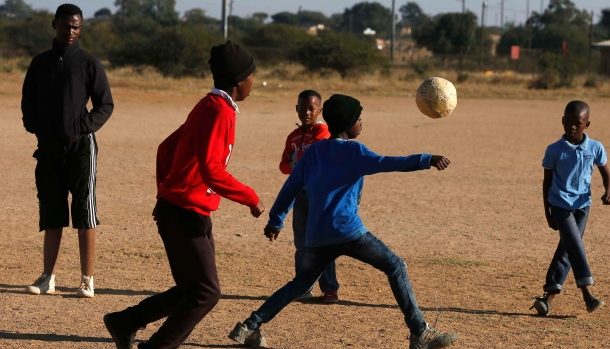 Tebogo Mofokeng’s legs were amputated when he was a toddler in South Africa, but that didn’t stop him from fulfilling his dream of coaching young football players.

Mofokeng, 18, is following the World Cup closely, but on Sunday morning he was on a dusty field in Winderveldt, a poor area northwest of the capital, Pretoria. On his prosthetics, he shouted instructions as boys trained in ball control.

The coach suffered severe burns when he was just a year old, and his legs had to be amputated. He got his first prosthetic legs when he was 3. He. At 6, he set his mind on playing football and two years ago he founded the local Winterveldt football club.

He did so with the help of Jumping Kids, a South African group that provides prosthetic equipment to children in need.

The club’s players spend a couple of hours a week under Mofokeng’s guidance. The training session on the cold weekend morning ended in a friendly match between the children, many in oversized jerseys, aged from 7 to 18. Enthusiastic spectators cheered whenever a goal was scored.