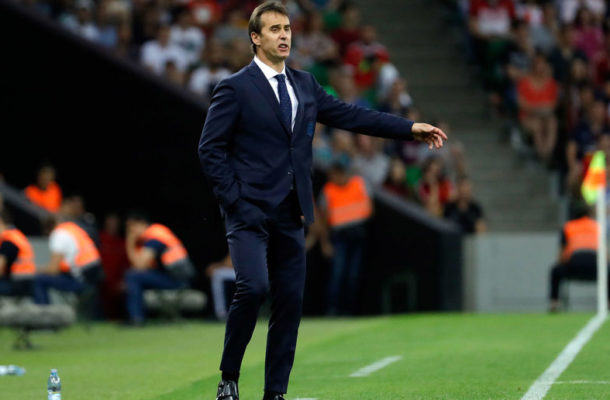 One day earlier Lopetegui agreed to succeed Zinedine Zidane as the new Real Madrid boss after the World Cup. This decision was made without the knowledge of RFEF. The federation’s president, Luis Rubiales, told the media he was only aware of the hiring “five minutes before a press release".

Reports surfaced that a contingent of Spanish players, led by team captain Sergio Ramos, advocated for Lopetegui to remain the head coach. However, RFEF “had to send a clear message to all,” according to Rubiales.

“We have been forced to dispense of the national coach,” Rubiales said at a press conference. "You can't do things this way, two or three days before the World Cup. We have been compelled to make this decision."

Lopetegui had signed a contract extension through 2020 with RFEF on May 22. After the announcement Rubiales said in a statement, "We could not have allowed Julen and his team to leave. We have much hope for the World Cup with him, knowing that it is difficult and that he only has a guarantee for three games -- but with him, everything is possible."

Lopetegui finishes his tenure with 14 wins and six draws over 20 matches, with the team allowing only 13 goals over that stretch.

Spain’s sporting director Fernando Hierro will coach the squad for the World Cup. Hierro, a former defender who won 89 caps for Spain, led Real Oviedo of La Liga 2 to 17 wins in 43 games in his only previous coaching experience in 2016.

Ramos addressed the news on Twitter, saying “We represent the badge, the colours, the country. We are responsible and remain committed. Yesterday, today and tomorrow.”