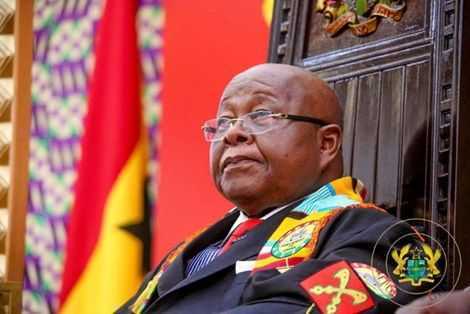 According to Prof. Ocquaye, who expressed the concern last Thursday following the late start of proceedings, the late attendance has continuously affected the smooth flow of business in the House.

The sitting was officially supposed to start at 10 a.m. but it started an hour later.

The Minister of Education, Dr Mathew Opoku Prempeh, who was scheduled to respond to some questions on educational infrastructure in some constituencies, was in the House.

The Majority Leader, Mr Osei Kyei-Mensah-Bonsu, indicated that Dr ­Prempeh had to leave for the Jubilee House to attend a Cabinet meeting, and that Dr Adu-Twum was standing in for him.

Before granting Dr Adu-Twum the opportunity to answer the questions, Prof. Oquaye said it was not in the interest of mother Ghana for a minister to wait for two hours to answer questions.

He, therefore, urged the MPs to abide by the official time of starting proceedings in the House.

The research assistants must have a minimum of Bachelor’s Degree (First Class) from a recognised university.

"The person must be comparable with the overall interest of Parliament. Their work will impact on Parliament, which as an institution is not going to compromise this position no matter how close the person is to you," he stated.

Prof. Oquaye said the Clerk to Parliament would be issuing the letters to research assistants who had met the criteria on Monday, June 18, 2018.