Speaking truth to power: I stand with Prof Kwaku Asare and CSOs against Elizabeth Ohene 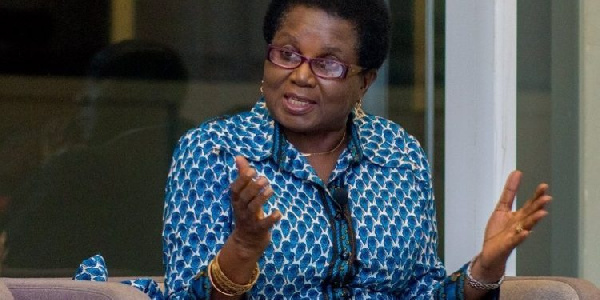 Professor Stephen Kwaku Asare (aka Kweku Azar) says he could not agree with veteran journalist and writer Elizabeth Ohene on her latest stance against Non-Governmental Organisations (NGOs) and Civil Society Organisations (CSOs).

Kwaku Azar, a fellow in Public Law and Justice for CDD-Ghana, explained that during Ohene’s days as Editor of the Daily Graphic, she was labelled by some members of the general public as an “all-knowing editor”, but he, Kwaku Asare, then a student, together with other students, supported her.

The people, he argued, “were wrong then to question and attack her knowledge, motive and even morals merely because she dared demand accountability and transparency from [the] government.

“My auntie [in reference to Ohene] was right then to speak truth to power and is terribly wrong now to attack those who are speaking truth to power!!”

Prof Asare, posted Wednesday on his Facebook Timeline: “People in power in Ghana like to intimidate. And, with their teeming “fans,” they succeed in intimidating many. As such, many are afraid of saying something to [the] government because it will unleash its attack dogs on them”.

Kwaku Azar wrote that the NGOs and CSOs are right to ask questions about PDS, Agyapa, and the other corrupt dealings of politicians for which “empirical” evidence exists.

On the birth certificate and voter ID card issues Ohene raised, Prof. Stephen Kwaku Asare stressed: “The notion that unanimous Court decisions should end debate is alien to those who love the law. Re Akoto, Ayine, France etc. were all unanimous. Few agree with them!”

Elizabeth Ohene in her latest article dubbed “All-knowing neutrals” questioned the inability of the NGOs and CSOs in Ghana to take criticism.

She stated that the CSOs were “currently very busy doing what they do best, which is to point out what the government is doing wrong”.

Then she charged: “Since that is their self-appointed role, I wouldn’t feel the need to comment but for the persistent fact that the CSOs appear to think that any criticism directed at them means one is against them.”

To say that journalists, writers and critics generally are self-appointed is very debasing, an affront to the media profession of which Ohene is part, and simply condescending to say the least.

How so when Ohene was President Kufuor’s Minister for Media Relations? Ohene returned from the BBC to tell us that Rawlings’ 19 years in office made the media impotent.

In one speech I remember vividly at the University of Cape Coast as Minister for Tertiary Education, she called on the media to specialise, to train themselves in feature and editorial writing, to sharpen their skills beyond mere reporters so that the general public will respect the profession.

And I am doing just that.

She further wrote: “These groups…...claim to be honest, hardworking and effective and they have answers to every problem. They are mistaken.”

Elizabeth Ohene continued: “They say they are not party political, and they are openly disdainful towards those in politics, especially those in government. It is sometimes difficult to discern that they believe anyone apart from them serves Ghana or has good intentions towards Ghana.

“They seem to operate on the general principle that governments are corrupt and ineffective and NGOs and CSOs are clean and effective. For what it is worth, I disagree.”

Well, I also disagree with Elizabethe Ohene, because “for whatever it is worth” to borrow her expression, I am a journalist just like her, but I am “a political junkie”, unlike she, who has been more privileged to walk the corridors of power.

I have written against the poor management of the coronavirus pandemic, for example. Strangely enough Ohene suggests that the CSOs are ashamed and “quiet” now because the infections seem to have gone down and that people are not dying by the “truckloads” as the CSOs suggested. How could Ohene be so ignorant and dishonest at the same time, when it is trite knowledge that over 3000 samples were left in a Takoradi lab for weeks, and then discarded?

In times like these, when speaking truth to power is judged as “know it all”, we better buckle up, for, more dumbing down days lie ahead.

What else is a boy to do?

The author is a journalist, communications and media analyst and a writer. The views expressed are solely his and do not represent the organisation he works for.