Stan Dugah writes: What 'Do or Die' means 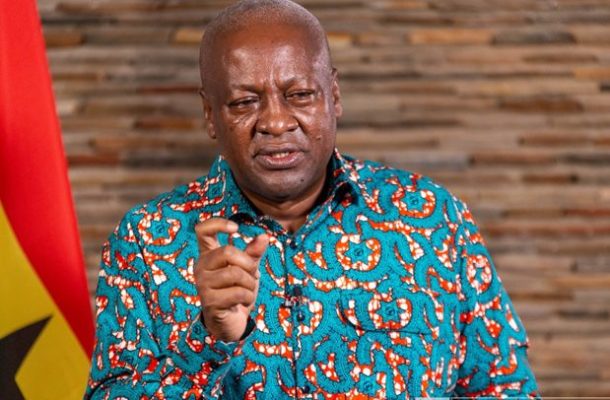 What 'Do or Die' Means

Check the history books. The past 21 years have revealed the true nature of our democracy and the participants therein.

Not only have we had presidents and parliamentarians who were/are corrupt, incompetent and loud-mouthed, they lack manners as well and are not good communicators.

We've had a parliamentarian calling on his party people to kill Gas and Ewes. We've had a presidential candidate speaking and seeking to pitch his ethnic group against all other ethnic groups, and another candidate who drove down to his home region and told his people to vote for one of their own.

What all these indicate is the substandard nature of our democracy and the third rate politicians we have. Most of the electorate don't vote on issues, and the politicians know it and seek to take advantage of that everytime.

I find the current discussions about Mahama calling Election 2024 a 'do or die' affair very nauseating. The very people who criticized Akuffo Addo for saying 'All Die be Die' are the ones who are now whipping out dictionaries that only define 'do or die' as an idiomatic expression and in their partisan folly are not ready to see reason and peruse other definitions. A little knowledge is dangerous; embracing it is suicidal.

Every English word or phrase has two meanings--denotation and connotation. Its denotation is what you find in the dictionary; its connotation is the idea, feelings, emotions and perspectives attached to it.

If I tell you that I am sick of living in Accra and want to go home (that is, Anloga), it doesn't mean that my house in Accra is not a home. It is, but the house in Anloga is where I feel more comfortable at, more at home, relaxed and have a true sense of belonging amidst familiar faces and family.

Words and phrases have different shades of meaning, and selecting only a particular definition to argue that 'do or die' has nothing to do with electoral violence or dying is a case of the proverbial ostrich hiding its head in the sand.

We've always had not very intelligent leaders and their hard core supporters and footsoldiers, unsurprisingly, are fond of exhibiting same traits.

If you have to explain it, then you are not communicating well enough; do or die means exactly what it means.

It's not just a call for vigilance. It's a justification of electoral violence and a call for it.

Do you need anymore evidence to know that these two parties are cut from the same cloth? They are two sides of the same cloth, and the earlier we get rid of them both, the better it will be for our politics and democratic development.

Vote for the third force.