Stonebwoy reacts to fathering second baby rumour; says nothing is hidden under the sun 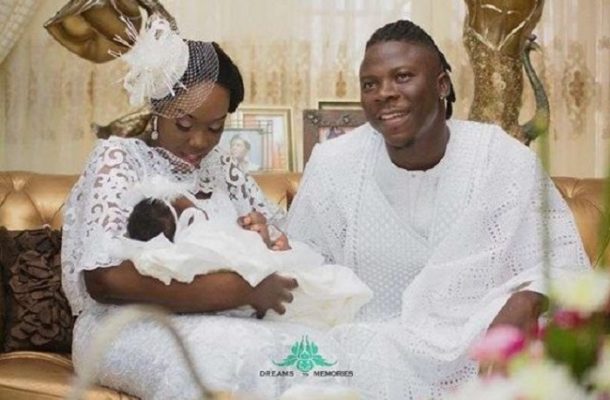 Multiple award winning Reggae/Dancehall artiste, Stonebwoy has reacted to rumour thata has gone rife about him welcoming his second child with his wife.

Rumour went rife that Stonebwoy’s wife, Louisa, had delivered of a baby boy on Sunday.

Though he did not directly confirm, his reactions during an interview suggested the speculations may be true.

Stonebwoy insisted that fans wait for an official announcement from his camp about welcoming a new child.

“I mean that [news] caught my attention this afternoon. But you were asking about how many babies I wanted to have right? Jah knows. On to the next one,” he said then burst into laughter.

“I mean halfway until it is totally confirmed.….It is just not officially announced yet but at the end of the day they should wait till they hear from the horse’s own mouth,” Stonebwoy added.

Stonebowy and his sweetheart, Dr Louisa Ansong tied the knot in June 2017.

The engagement took place at Dr Louisa’s family house in Tema and was attended by family and close friends of the couple.

The wedding, which took place at Unique Floral at the Trade Fair Centre in Accra, attracted personalities from all walks of life.