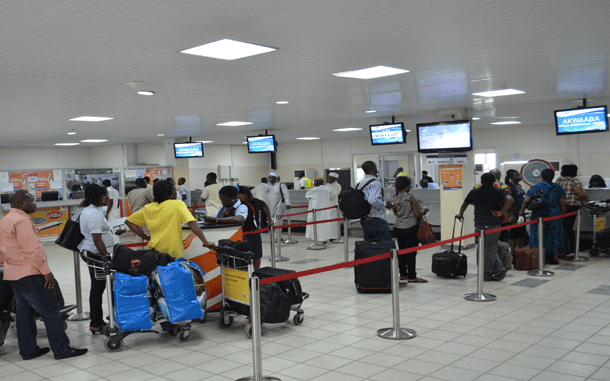 The Irish man and daughter were left Stranded at the Kotoka

An Irish girl and her father have threatened to sue Royal Air Maroc after they were left stranded at Kotoko International Airport over the weekend.

Michaella Itaire and her father Michael Itaire were booked to fly to Brussels via Morocco with Royal Air Maroc on Saturday but their airline refused to let them board their flight, amid row over luggage size.

Michaella,23 and her dad made it back to Brussels after the father asked a family member in Ireland to transfer money into his account so he could book a new flight back to Dublin.

Mr Itaire, who is half-Ghanaian, arrived in time as his 23-year-old daughter was scheduled to take an exam in Brussels on Monday.

“We wanted a proper apology; if we got that we would have been happy and wouldn’t need to sue,"Michaella Itaire said.

"I would at least know the next time I got to an airport I wouldn’t feel anxious about flying. This experience scared me and I told my dad if we don’t do something about it I’m not going to feel safe to fly, This is a national airline that treated us this way.”

The pair, who are both Irish citizens, had spent a two week holiday over Christmas in Ghana visiting family.

However, when the pair arrived at Kotoka international airport in the early hours of Saturday morning, Ms Itaire said they were told they had too much luggage and would not be able to travel.

They were eventually allowed through security after leaving one bag behind but upon arrival at their gate were told all their bags had been taken off the aircraft and that they would not be allowed travel.

“It was the same woman at the gate ,” Ms Itaire told The Irish Times on Saturday. “I showed her my ticket but she turned her back on me and ignored us. She would not allow me to board and would not speak to me or reply when I asked why. I was so humiliated I wanted to cry.

Once the flight had taken off, the father and daughter made their way to the Royal Air Maroc office outside the airport building where they requested to be put on the next flight but say they were told the cost of transferring their tickets to a new flight was $400 (€328). Ms Itaire said they were unable to transfer fee.

After refusing to leave the Royal Air Maroc office until they were put on another flight for free, the head of the airline for Ghanaian operations met with the father and daughter. 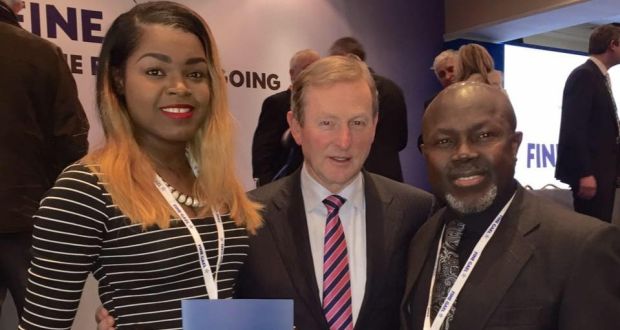 Ms Itaire said the official gave them two options: they could either pay the cost of transferring to a new flight or he would call the police and have them removed from the office. She also said the airline official threatened her with arrest after speaking to her privately in his office. Eventually, after a few more hours of negotiations, the Itaires secured passage without paying on a flight leaving for Brussels via Casablanca the following day. They spent the night in the airport and boarded their flight without any problems on Sunday morning. Failed exam

But despite arriving in time, Michaella says the humiliation and delays at the airport have had a negative effect  on her performance in Monday's exams.

“I was so stressed out, I’m pretty sure I failed the exam. I hadn’t slept properly in two days, we hadn’t eaten properly. I was honestly falling asleep during the exam,”she told The Irish Times.
“I was subjected to verbal discrimination based on being an Irish foreigner. Even when people came to my defence for this ill treatment I felt terrible. I tried not to cry, especially in front of her.”

Kweku 4 years ago
Useless attitude put up by the airline attendants, I think the matter should be picked up by the appropriate authorities and investigated.