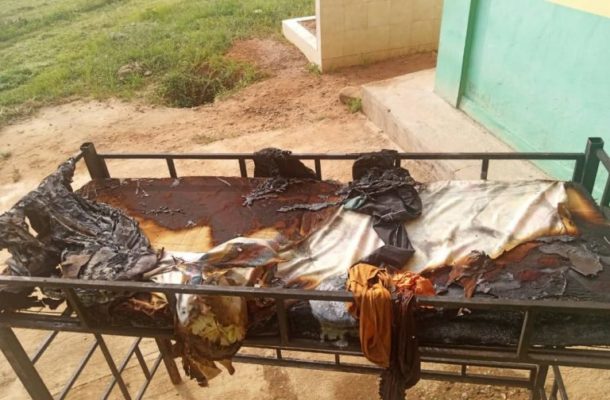 The girls' dormitory of the Suhum Islamic Girls Senior High School in the Eastern Region has been gutted by fire.

It is still uncleared what led to the cause of the Thursday morning fire after which destroyed all the chop boxes and other belongings of the students.

The fire gutted the room meant for the safekeeping of the students’ belongings such as bags, and chop boxes. 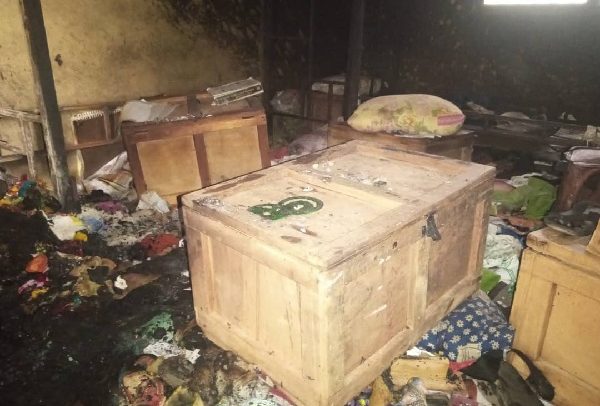 Confirming the unfortunate incident to the media, the headmistress of the school, Saphia Salisu said her outfit had the information at midnight Thursday, and had to rush to the school with a motorcycle.

According to her, she can’t confirm what exactly led to the fire outbreak as investigations by the Ghana National Fire Service are ongoing.

She said one of the girls attempted to rush inside and pick her chop box but she was overpowered by the smoke and currently receiving treatment.

She said no other student was hurt apart from the said girl.

Meanwhile, the Fire Service personnel are currently at the scene clearing the debris in the burnt room at the time of filing this report.