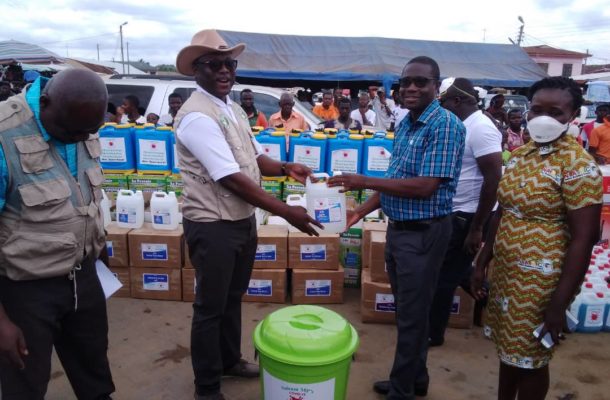 The Member of Parliament (MP) for the Suhum Constituency in the Eastern Region, Hon. Frederick Opare-Ansah, has launched a Convid-19 project dubbed ‘Suhum MPs Support Projects’ in his quest to complement government effort towards fighting the deadly coronavirus pandemic.

He distributed items such as modernised Poly tanks, Veronica buckets, sanitizer, spraying machine, tissues, among others worth at the cost 2 Billon old cedis. 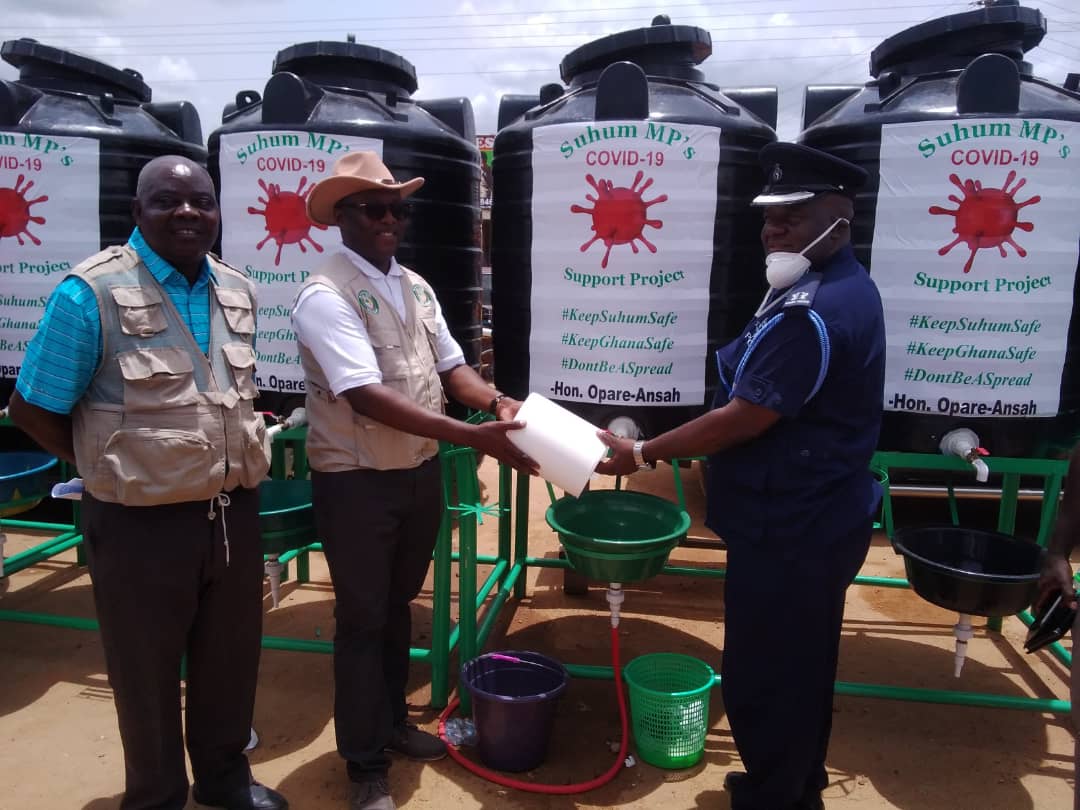 He also donated 10 PPEs to the Municipal Health Directorate, adding that the Personal Protective equipment will help in the fight against the rapid growth of the pandemic. 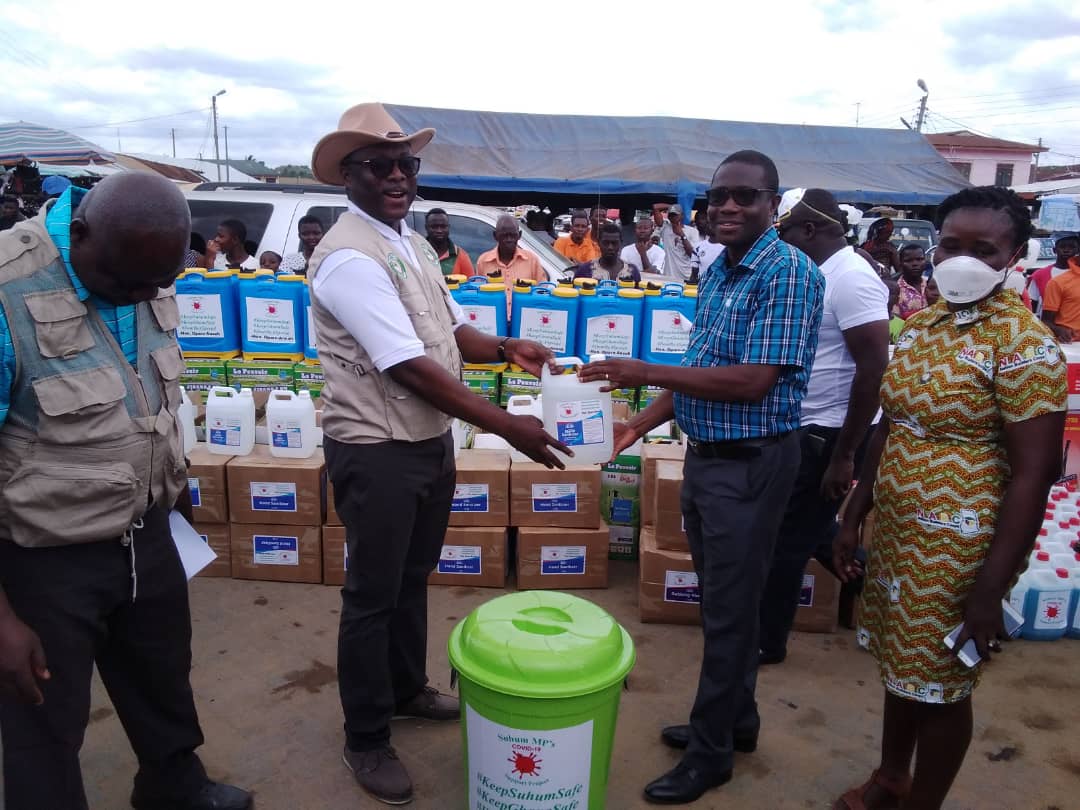 Addressing the gathering, he said the project is aimed at educating the people about the disease and to know how to protect themselves from it.

He said, volunteers from NADMO, Political support groups and others availed their people and for that matter, through the effort of the Municipal Health Director they have trained these volunteers on how they can educate the public on the disease.

He also outdoored about 100 volunteers who were trained over the weekend and will start educating people in the Municipality particularly, lorry stations, market and others on how they can prevent themselves from the pandemic. 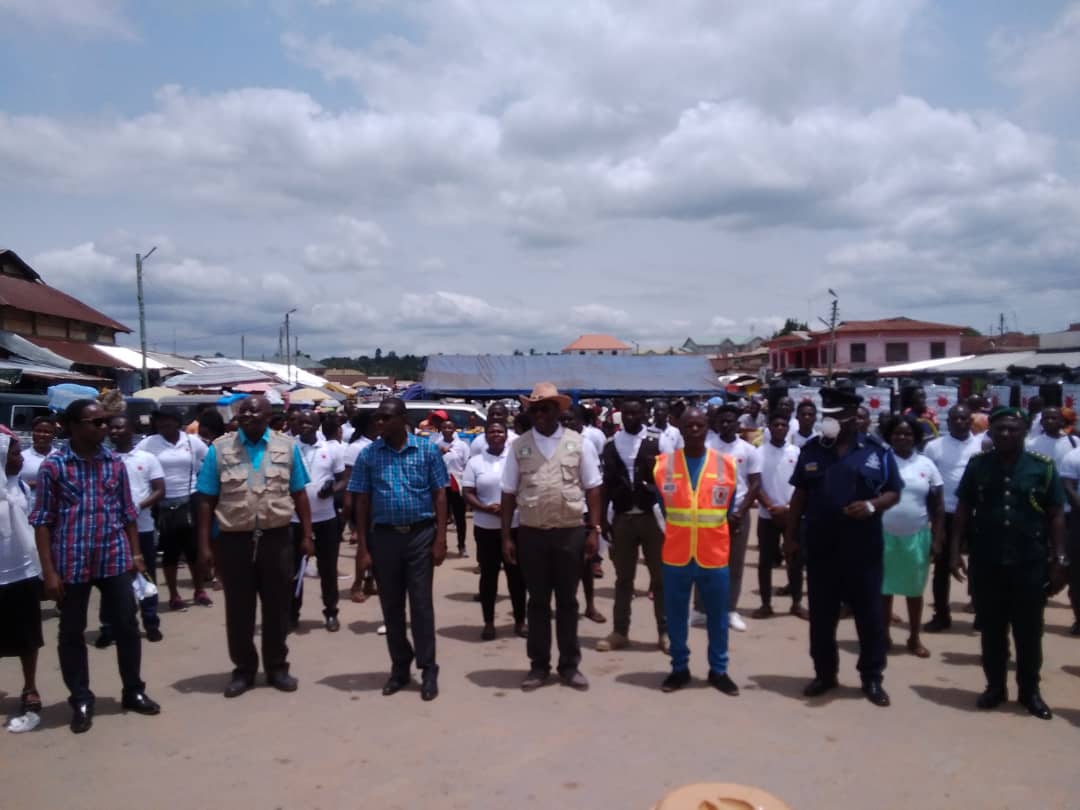 Mr Opare Ansah lamented that about 20 vantage points in the Municipality will have poly tanks as a measure to fight the disease as he believes the veronica buckets are not enough for the population there. 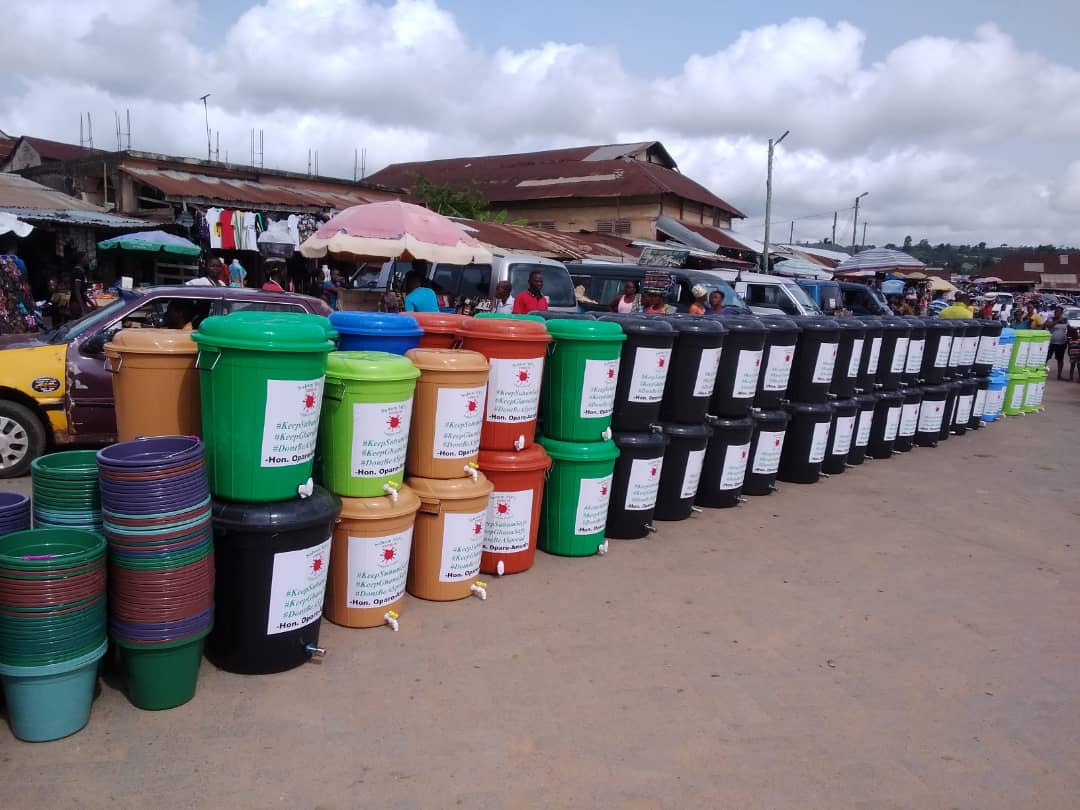 The MP affirmed that the project will continue to run in a bid to help the communities until the President, Nana Akuffo Addo announces a reduction of the disease.

The Suhum Municipal Health Director, Frederick Kwame Fosu also on his part lauded the MP for his unflinching support and has promised to do everything possible to provide the necessary education to the people. 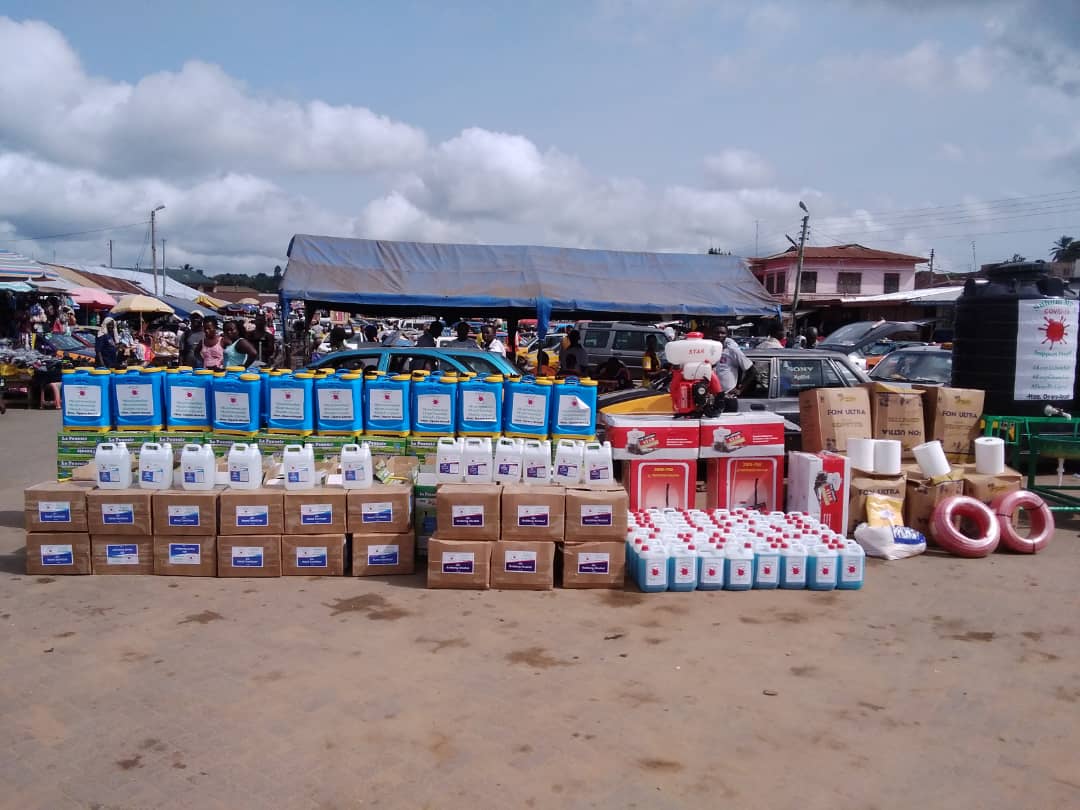 He expressed that, educating the people in the area will serve as a key measure to fight against the disease and has called on all and sundry to maintain personal hygiene so to avoid the disease.