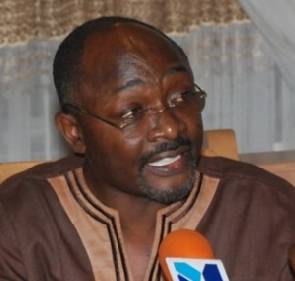 The Supreme Court has ordered Mr. Alfred Agbesi Woyome, a Ghanaian businessman, and a judgement debtor, to appear before it on Thursday, November 10, at 9.00 am.

According to an affidavit filed by Mrs. Stella Badu, Chief State Attorney at the Attorney-General’s Department (Civil Division), Mr. Woyome is to be examined orally on oath by the Attorney-General, otherwise referred to as the 1st defendant, to ascertain whether the Ghanaian businessman has any property or other means of satisfying the judgement.

The Apex Court, presided by Mr. Justice Anin Yeboah, ruled about three months ago that all the deposits in the judgement debtor’s (Mr. Woyome) bank accounts should be used to defray the GH¢51.2 million he owed the State, being a percentage he claimed for engineering funds from Bank Austria towards the construction of some stadia during the CAN 2008 at the time the New Patriotic Party was in power.

Mr. Woyome was first arraigned before an Accra High Court on criminal charges by the State but was acquitted and discharged because the Attorney-General’s Department “woefully failed” to call some material witnesses to testify when the case was tried by Mr. Justice John Ajet-Nassam.

Not satisfied with the judgement, the State made a criminal appeal against the judgement debtor and still lost the case at the Court of Appeal.

But he is being ordered to pay back the GH¢51.2 million he collected from the State as judgement debt, following a civil motion Mr. Martin Alamisi Amidu, former Attorney-General and Minister of Justice, filed against the Attorney-General, Waterville Holdings (BVI) Limited, and Mr. Woyome at the Supreme Court for which the judgement went in favour of the plaintiff (Mr. Amidu).