Suspended PPA CEO investigation will amount to nothing – Ken Agyapong 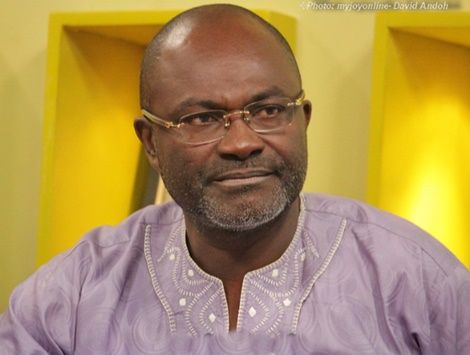 According to him, he followed due process and applied the law so he does not see anything spectacular with what Manasseh Azure has done.

"But I can assure you that the investigation will amount to nothing. Manasseh Azure is a wicked boy, he planned this very well. Just look at what he posted on his Facebook timeline," he said.

"When you study the procurement act properly, you can tell that Mr. Adjei on many occasions recused himself from the activities of the board, anytime he realized there was a conflict of interest in any procurement exercise," he added.

He said it is rather unfortunate things have turned this way, but would plead with the public not to crucify the embattled CEO until they understand the issues of corruption surrounding the documentary.

"But I can confirm to you that Mr. Adjei has done nothing wrong," he added.

The Office of the Special Prosecutor has invited the suspended Chief Executive Officer of the Public Procurement Authority (PPA), Adjenim Boateng Adjei for questioning as investigations into corruption allegations made against him begins.

Mr. Adjei, alongside the shareholders and Directors of companies allegedly linked to him, Talent Discovery Limited and B-Molie Enterprise, are to report to the Acting Head of investigations of the Special Prosecutor Office on Thursday, August 29, 2019, at 10 am.

In a letter, Mr. Adjei has been asked to report with “all information and documents including relevant minutes of the board relating to this investigation.”