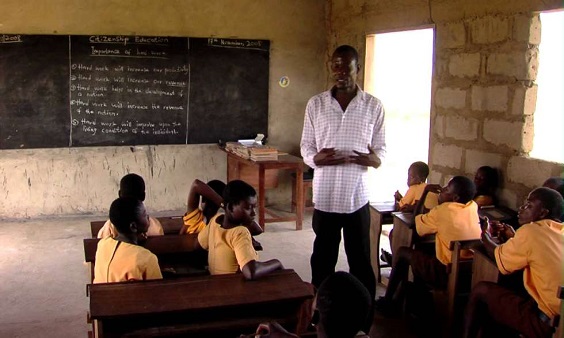 A group of teachers who say the government has not paid them up to 5 months’ salary arrears, have threatened to picket at the Education Ministry to demand immediate payment.

They have issued a 14-day ultimatum, before which they expect the government to pay them all the arrears.

The aggrieved teachers said all previous efforts to impress upon the government to pay them their arrears have proven futile hence their decision to stage the protest after the 2-week ultimatum.
The leader of the group, David Kwaku Xefu, in a Citi News interview said they expect the government to immediately initiate payment within the given grace period.

“When they started paying us, they left some months behind, so that is why it has become arrears. We are talking of between 4 and 6 months. 2016 September, October, November and December. Some people are even owed salaries for January, February and March 2017. We are looking for our salary arrears which is due us. They should give it to us. We are giving them 14 days, after that, we are going to picket.”

Meanwhile, the Ministry of Education has denied receipt of any correspondence from the group concerning the situation, but acknowledged that there were some salary arrears it is currently paying to teachers.

The Ministry has urged the teachers to remain calm and be patient as it continues with the process to pay them all arrears.

The Public Relations Officer for the Ministry of Education, Emmanuel Acheampong said;

“For now, all those we owe arrears, which we call transfer arrears and allowances, are being addressed, so I’m wondering why rather at this time they are being addressed, they [the teachers] will come out. They need to get a little patience, and not this industrial action that they are threatening.

This is not the first time a teacher-group has threatened a protest over salary arrears.

Earlier this year, the National Association of Graduate Teachers (NAGRAT) went on strike over the non-payment of their salary arrears.

They however called it off after government commenced processes to pay up all arrears.