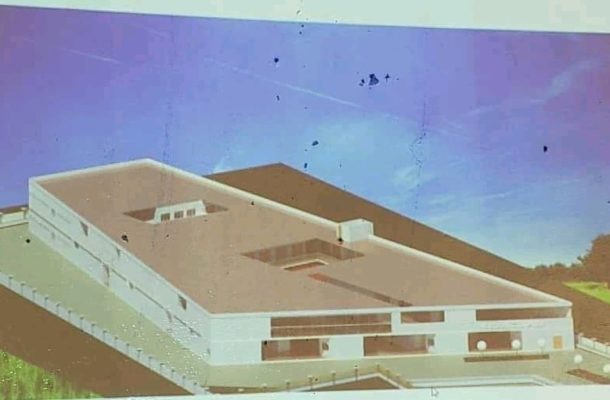 Architectural design of the Nana Abena market in Techiman

Architectural design for the construction of a new market complex at Techiman, in the Bono East region was on Wednesday presented to the Municipal Chief Executive (MCE), Mr. John Kofi Donyina.

The project to be financed by the World Bank Secondary City Support program will also receive support from the Techiman Metropolitan Assembly.

The MCE said the construction of the market is among the numerous infrastructure projects to be erected under the Secondary City Support program.

The ultra-modern facility to be sighted at the Nana Abena Market in Dwomor, near the Ohene Ameyaw Stadium will have police and fire posts.

Personal aide to the MCE, Mr. Addae Kusi Isaac indicated the Municipal Assembly has held successful deliberations with all the major stakeholders to pull down the current structures at the Nana Abena Market to pave way for the construction of the new project.

According to Addae Kusi, the affected store owners will be the first beneficiaries of this modern market complex, confirming the Assembly had resolved to temporarily relocate them.

When asked if the 'poor' will not be neglected or be deprived of their livelihood after completing the project, Mr Kusi replied: "I humbly respect your opinion sir but let me hasten to say that "rich" is relative. Virtually all the store owners had similar concerns. Hon. John Donyina has assured them that the Assembly will give them flexible conditions to help them acquire some."

He said the construction of the modern market is a concern to the Assembly and gave the assurance that work would start very soon.

The market queens said it had been their long-cherished dream that the Nana Abena market was given a facelift and therefore seeing the new designs of the market was an indication that its construction was in the pipeline.

They said a new market would save them from the scorching sun and ensure a hygienic condition for the sale of their products.

They also threw an indication of readiness to temporarily relocate to facilitate the successful construction of the market and called on all traders and market women to cooperate to ensure early completion of the project.