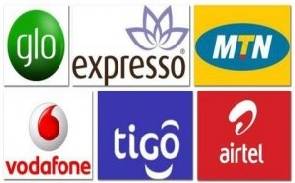 Mobile money operators in the country want the Bank of Ghana to expedite the processes of issuing licenses to Dedicated Electronic Money Issuing Institutions (DEMI).

They argue that the licenses will boost confidence and increase patronage of the mobile money services.

Ghana’s Electronic Money Regulations states that the central bank has up to ninety (90) working days to issue or reject licenses for institutions other than banks willing to possess or issue e-money.

The General Manager of Mobile Money Services at MTN, Eli Hini tells Citi Business News he believes the numbers will increase significantly if the regulator facilitates the issuing of the DEMI licenses.

“What we are seeking the central bank to do is to fast track the process of actually giving these institutions the licenses because it is part of the processes under the e-money regulations. Our plea is however just to ensure that it is completed in line with the regulations for the service,” he explained.

Mr. Hini added though the operators are still involved in carrying out their mandate in providing services to customers, their work will be strengthened if they obtain the backing of the industry regulator, the Bank of Ghana.

“It gives further assurance to them that indeed they have the mandate and the license to undertake the activities on an everyday basis you want to be sure that the regulator has given that mandate.”

The figure also represents a twenty percent increase in the figures recorded between 2015 and the first half of 2016.

Telecom operators have lauded the central bank for its role in introducing the mobile money regulations in 2015.

It however believes the sector will see a significant improvement if the central bank addresses critical issues bordering on the provision of interest on mobile money accounts.

In the meantime, the Bank of Ghana has proposed an interest between 11/2 and 7 percent per annum.