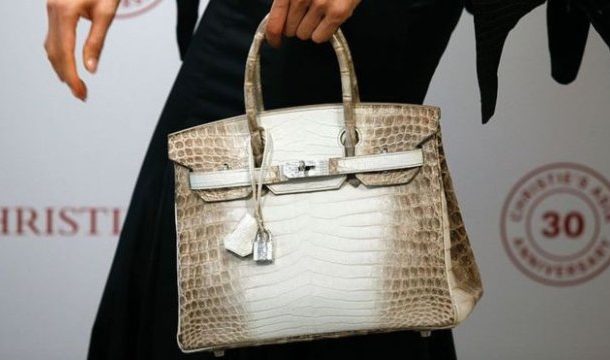 It is the "undisputed most valuable bag in the world," Christie's said.

It was first time the bag had been offered in a European auction, said Matthew Rubinger, international director at the auctioneers.

The 10-year-old niloticus crocodile bag was said to be in "grade 2 condition" - with no obvious flaws.

It measures just 30cm wide - smaller than the original Birkin handbag - and is made from nilo crocodile hide and features diamonds. 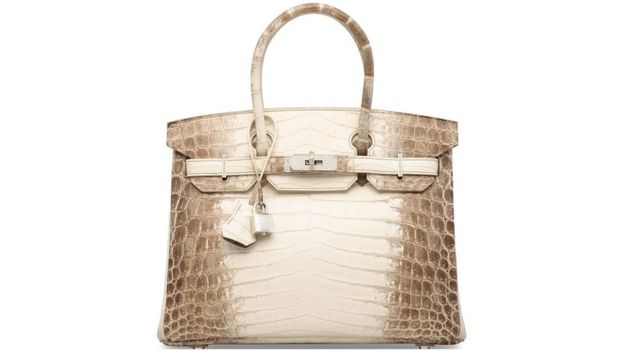 Its name refers to the colour gradient, said to resemble the snow-capped hills of the Himalayas.

Kim Kardashian, Victoria Beckham and Celine Dion are among those to be spotted with the rare Himalaya on their arm, while many more celebrities count other Birkins as part of their collections. 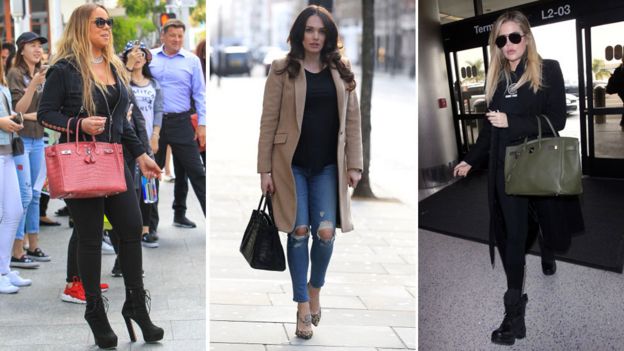 The Berkin counts Mariah Carey, Tamara Ecclestone and Khloe Kardashian among its fans

New Birkin bags can start at around £7,000 each, but they are not easy to buy, with famously long waiting lists.

The French luxury fashion house Hermes designed what became known as the Birkin in 1981.

Named after the singer and actress Jane Birkin, it has become one of the most sought-after accessories in the world, but it began as a quest for the perfect holdall.

Ms Birkin had met the chief executive of Hermes on a flight from Paris to London, where he offered to design her a holdall and asked if the company could name it after her.

She said she was "flattered to death and said yes, yes, yes". Suddenly everyone was "wandering around with your handbag", she said.