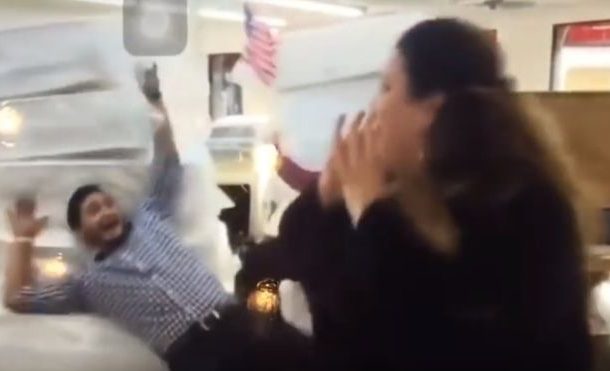 A Texas mattress shop is to close after facing a backlash for a 9/11-themed advert described as "tasteless".
Miracle Mattress faced strong criticism after its "twin tower sale" offered every mattress sold on the anniversary of the attacks for the price of a smaller twin mattress.

In the clip, staff fall into two towers of mattress, knocking them over.

"We'll never forget," the presenter of the clip says in the now withdrawn advert.

"We will be silent through the 9/11 Anniversary to avoid any further distractions from a day of recognition and remembrance for the victims and their families."

In a letter published earlier, Mr Bonanno apologised, saying the video had been produced at the company's San Antonio office without permission from management.

"The video is tasteless and an affront to the men and women who lost their lives on 9/11. Furthermore, it disrespects the families who lost their loved ones and continue to struggle with the pain of this tragedy every day of their lives."

Twitter users criticised the company over the video. "This is absolutely sickening," said one. "You deserve to be out of business. End of story," said another.

A total of 2,996 people died on 11 September 2001 when al-Qaeda militants hijacked four planes, crashing two into the World Trade Center's twin towers in New York, a third into the Pentagon and the fourth into a field in Pennsylvania.