The 10 richest footballers in the world 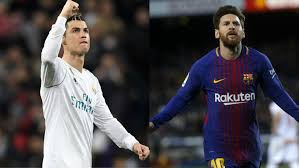 Many of the wealthy soccer players have lucrative contracts with their clubs including salaries and bonuses and earn a pretty penny from their endorsements.

Here is a look at the world's richest soccer players according to their net worth:

Ronaldo has a net worth of $450 million. The Real Madrid soccer star has endorsements that are worth $47 million. He makes $61 million through his salary and bonuses from his club.

The Argentinian soccer superstar has a net worth of $400 million has earned his money playing Spanish football giant FC Barcelona. Messi's salary and bonuses from Barcelona are worth $84 million and his endorsements are worth $27 million.

Ibrahimovic is a legend in the game of soccer and has played for some of the biggest clubs in the world like Juventus, Barcelona and Manchester United. The Swedish striker is now with American football club LA Galaxy where is earns $1,56 million annually.

English footballer Wayne Rooney has a net worth of $145 million. The former Manchester United star transferred back to his youth club Everton last year. At Everton, he is earning £150,000 a week which is half of what he was earning at United, £300,000-a-week.

Brazil’s poster boy has a net worth of $140 million and according to Forbes, he is more marketable than Cristiano Ronaldo. Neymar gets a big paycheck from his club Paris Saint Germain and earns big from his endorsements with Nike and Beats by Dre to name a few.

Bale is a valuable player for Real Madrid and his net worth of $110 million says that too. In 2013 when he made his transfer to Santiago Bernabeu he was signed at a world record transfer fee of €100.8 million. The Welsh player, who will not be playing at the World Cup this month because his national team did not qualify, has endorsements with Adidas, EA Sports, Lucozade and BT Sport.

Eden Hazard transferred to English club, Chelsea in 2012 on a transfer fee of £32 million. Hazard who is from Belgium has sponsorship deals with Nike and Lotus Bakeries. Hazard has a net worth of $100 million.

The Argentinian striker is Manchester City's all-time leading goalscorer. Aguero has a net worth of $50 million and in 2011 according to Forbes, he became the highest-paid soccer player on Puma's roster of celebrity spokespersons. According to Fortune, he also has endorsements with Pepsi and Gillette.

The former Liverpool striker that has a net worth of $40 million transferred to Barcelona in 2014. Suarez has endorsements with companies like Adidas, Gatorade, GOME and Tourism Malaysia.

Rodriguez who is signed to Real Madrid has a net worth of $30 million. In 2017 he was loaned to Bayern Munich. Rodriguez has endorsements with Adidas, Neste drink Milo and shampoo company Clear.