The coronavirus scare - why we need to pray too! 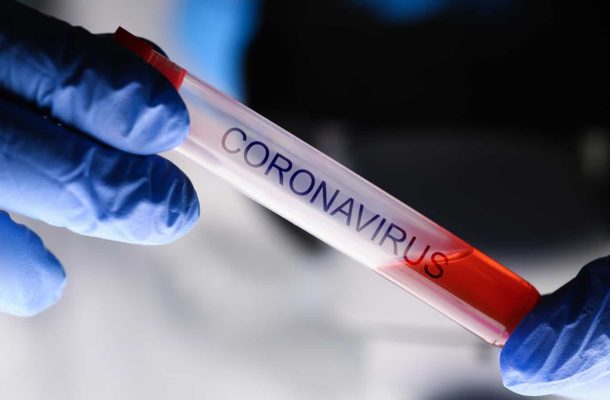 I am an avid believer in hard work. I do not believe that by merely praying for food, one's belly would get filled up. If there's anyone who believes that this is possible, I will not hesitate in spending my very meagre income on his bills at the Accra Psychiatric Hospital.

But I certainly do believe that there's a God - an unfathomable power somewhere and that through a combination of prayers and effort, He will provide me with opportunities to will present me with food. He will not cook for me, neither will He put the food in my mouth. But he is there--I believe.

So, when I heard people mocking some people of religion who had organized for prayers to be said against the threat of the deadly Coronavirus, I was a bit taken aback.

If the person reading this is an atheist, then I can understand why even the whole concept of prayer might sound senseless. And of course it's within anyone's right to choose what to have faith in or not have faith in.

Therefore, what I am about to explain is not necessarily for the consumption of anyone who doubts the existence of God.

However, for anyone who believes in God but doubts his power to undo Coronavirus, I suggest you relook at your faith. Yes, it is called faith for a reason.

The two dominant religions in Ghana both have very similar narrations concerning man's disrespect to the Authority of God and how God, is described by both religions in essence, as a "Jealous God" who does not accept the idea of associating partners with him in any shape or form. The Muslims call such an attempt to associate partners with God "shirk". In fact, the first step to becoming a Muslim is by declaring that "there's no other deity but Allah......."

Shall we now remind ourselves, of a few narratives? For example, in the story of the book of Exodus, are ten disasters inflicted on Egypt by God in order to force the Pharaoh to allow the Israelites to depart from slavery.

Pharaoh refused. He disobeyed God and in response, God sent down some plagues.

These plagues as narrated by various religious texts served as "signs and marvels" given by God to answer Pharaoh's taunt that he did not know God. "The Egyptians shall know that I am the LORD."

Following this, we are told in the scripture "This is what the LORD, says:

Let my people go, so that they may worship me, or this time I will send the full force of my plagues against you and against your officials and your people, so you may know that there is no one like me in all the earth. For by now, I could have stretched out my hand and struck you and your people with a plague that would have wiped you off the earth.

But I have raised you up for this very purpose, that I might show you my power and that my name might be proclaimed in all the earth. You still set yourself against my people and will not let them go.

Therefore, at this time tomorrow, I will send the worst hailstorm that has ever fallen on Egypt, from the day it was founded till now. Give an order now to bring your livestock and everything you have in the field to a place of shelter, because the hail will fall on every man and animal that has not been brought in and is still out in the field, and they will die.

Ebola came and went, but perhaps, like the Egyptians of old who, after suffering from the plagues of water turning into blood and their lands invaded by locusts, and their firstborns dying, failed to get the message, we too failed to get "the message".

If indeed we are believers in religious scriptures, should we not reflect and ponder? If God could punish disobedient people in the past through plagues, can He not do the same today? Have we not blasphemed enough to incur his wrath? Have we not associated partners with him? Oh yes, we have. We continue to do so...

How many Muslims have not turned their attention to their phones during prayers? How many Christians have not ceased to listen to the sermon simply because a call had come in? Have we not watched pornography in the "house of God"? Have we not been too busy to find time to pray? Have we not felt "okay"simply because we had money - loads of money in our accounts? Will these, trivial as they may seem, not qualify as associating partners with God? Or has God stopped being a "Jealous God?"

The modern world has suddenly become reacquainted with the oldest travelling companion of human history: existential dread and the fear of unavoidable, inscrutable death. No vaccine or antibiotic will save us for the time being. Because this experience has become foreign to modern people, we are, by and large, psychologically and culturally underequipped for the current coronavirus pandemic.

Yes, we need science to help unravel this mystery which has brought a cloud of death over the roof of our global village. But we need to pray too. God is science!

And to be able to get to the bottom of this pandemic - this modern plague, we must find the moral resources to tackle COVID-19, both its possible death toll and the fear that stalks our communities alongside the disease, we have to look at the resources built in the past.

Therefore brothers, in addition to all the scientific measures being taken to find a cure for and bring an end to the spread of Coronavirus, let us pray let us say "Allah is with us" and that "Lord, take this cup away from us".....

Now, stop mocking those calling for prayers and say "AMEN!"