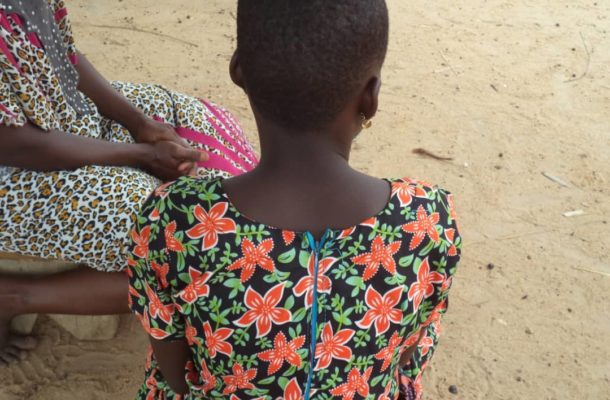 This story was produced in partnership with the Pulitzer Center

At the beginning of the COVID-19 pandemic, the UN children’s agency predicted that “shattered schools, lockdowns and disruption to services that protect girls,” would put an additional two million girls around the world, at increased risk of being subjected to Female Genital Mutilation (FGM). Here in Ghana, for nine-year-old Aisha [not real name], that prediction proved unfortunately true.

She cries as she recounts how her genitalia was mutilated against her will during the 2020 lockdown in Kultamise, a town in the Pusiga District of Ghana’s Upper East Region. “They stuffed a rag in my mouth to prevent me from crying out loud, held me tight against the ground, opened my legs, and cut my clitoris,” she says. In the aftermath, Safia bled so much, that she thought she was going to die. “Some concoctions made from herbs were applied but I still bled for two days.”

In the same district, 8-year-old Amina [not real name] from Waare was out of school for over a month after undergoing FGM. Samira’s parents were pressured by family and friends into agreeing to FGM. “My relatives and friends used to mock me. That was when my parents decided that I should be mutilated,” she says. 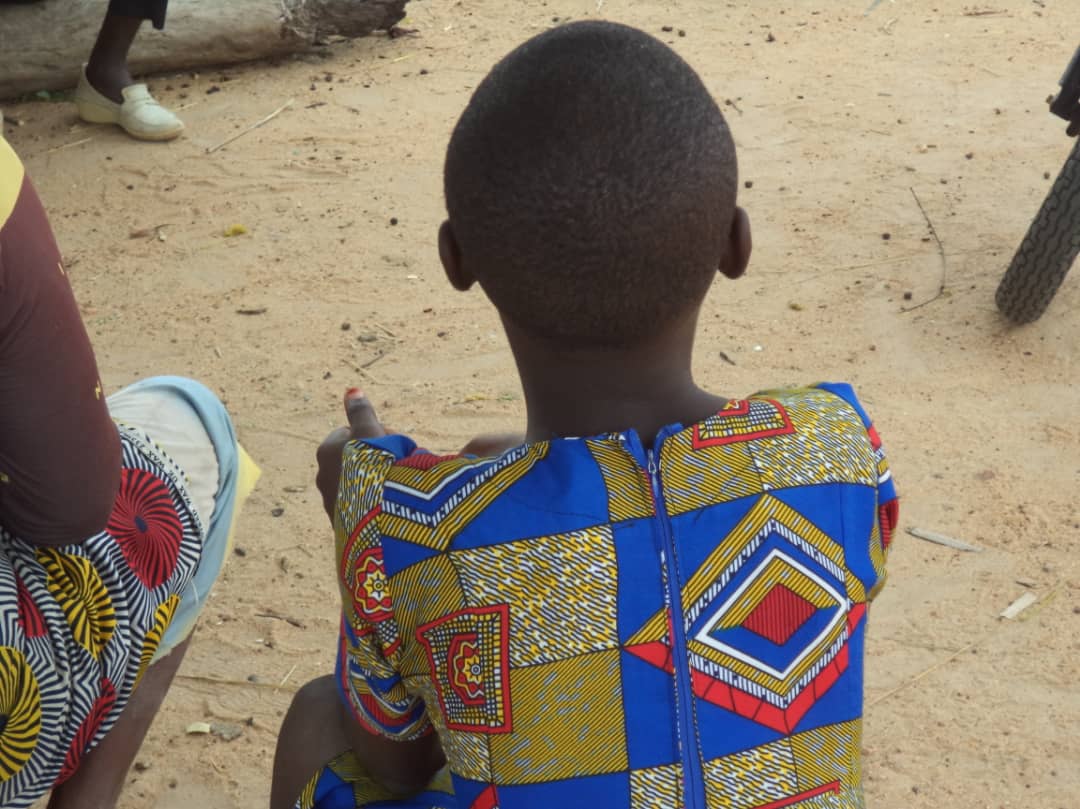 FGM takes many different forms, including partially or completely removing the clitoris or inner labia, sealing the vagina, and other practices like piercing, cauterizing and pricking the vagina for non-medical reasons. Citing scholars, the United Nations Population Fund (UNFP) says FGM became very popular across along Arab slave route on the western shore of the Red Sea before spreading to southern and western Africa. It is believed that enslaved women were subjected to genital mutilation to deter them from sexual intercourse and pregnancy. Arab slave owners tended to stop the people they enslaved from reproducing, unlike Americans who forced them to reproduce children they would then sell to others as slaves.

In the African regions where the practice was introduced, it would go on to be accepted as culture, eventually seen even as indigenous or beneficial. According to the UNFPA, FGM was practiced in Western Europe and the United States in the 1950s to treat ailments like epilepsy, nymphomania, and hysteria, among others.

Some Ghanaians still hold beliefs that legitimize the practice. “ It makes the girl pure as tradition demands,” says Norgane Lizeta, a traditional cutter. But there is also a financial incentive to keep doing it. “Circumcision is a source of income for the one carrying out the act,” Lizeta admits. 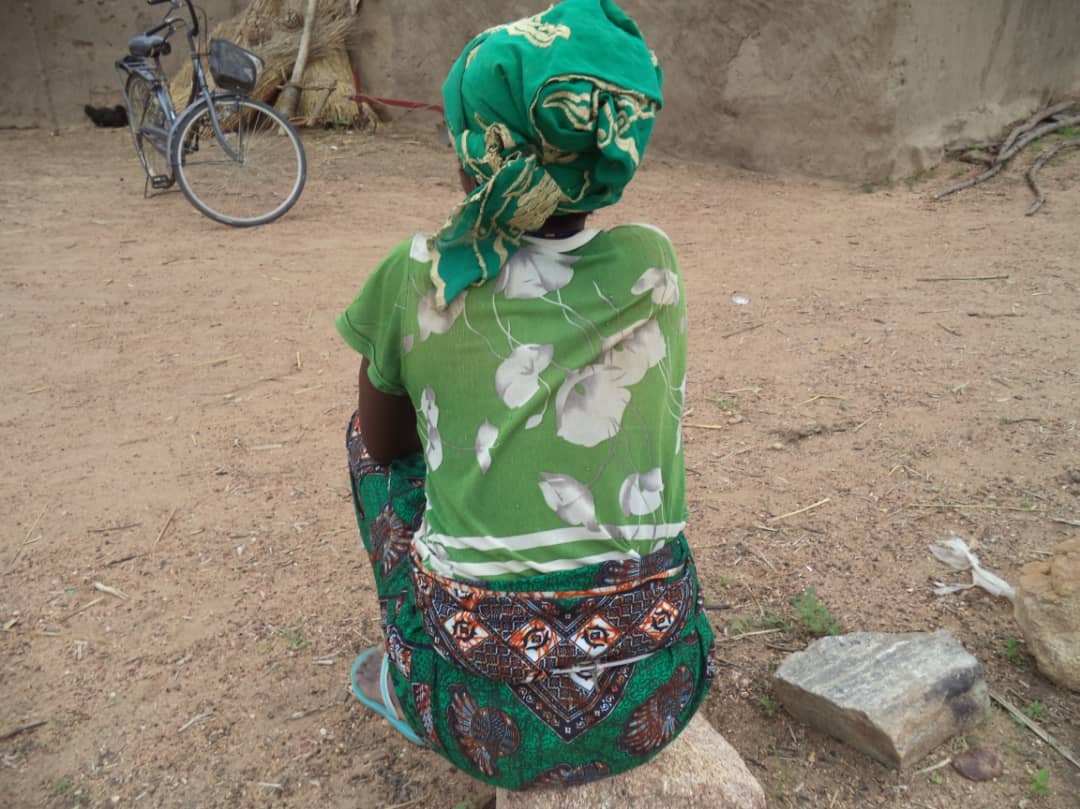 Even when fear of the law stops some from procuring the mutilation on Ghanaian soil, it still may happen. “In some instances, people engaged in cross border trade where people take their children from Ghana to Togo and vice versa. They do this because they know it is not legally accepted,” says  Habiba Osman, a gender activist.

The immediate experience of FGM is traumatic – special knives, shards of glass, or razor blades are used for the cutting and the girls are neither given anesthesia nor antiseptics, and its long-term effects can be life-long. A survivor who asked for anonymity said she simply endures sex, years after the cutting. “I don’t remember how old I was but I was in my adolescent age when my genitalia was cut. I was told it [the clitoris] would be long and ugly and men will not like it if it is not cut. I don’t enjoy sex but because I am married, I have to endure,” she said.

A 2018 report by the BMC Women’s Health lists the consequences to include severe pain, excessive bleeding, shock, genital tissue swelling, and heightened risk of the human immunodeficiency virus (HIV) due to the use of the same knife for cutting women/girls and sometimes death. That is in the short term. In the long term, the report says, girls may have impaired wound healing and suffer other physical and psychological problems including not being able to enjoy sexual intercourse, depression, or death as a result of hemorrhage during or after childbirth. In some instances, relationships between survivors living with the effects of FGM and their partners are strained or end in divorce.

The obstetric outcomes for survivors of FGM are particularly dire. A study by the World Health Organisation (WHO) has shown that such women are more likely to have complicated deliveries which include caesarian section, episiotomy, resuscitation of the infant, postpartum hemorrhage, and inpatient perinatal death.

A midwife with the Kulungugu Health Centre, Issaka Hamidatu explained that “FGM affects them a lot. Some of them lose a lot of blood during delivery. A few victims have died in instances where they did not get enough blood to replace what was lost.”