The Ghana League is not bad, WAFA my toughest opponents - Fabio Gama 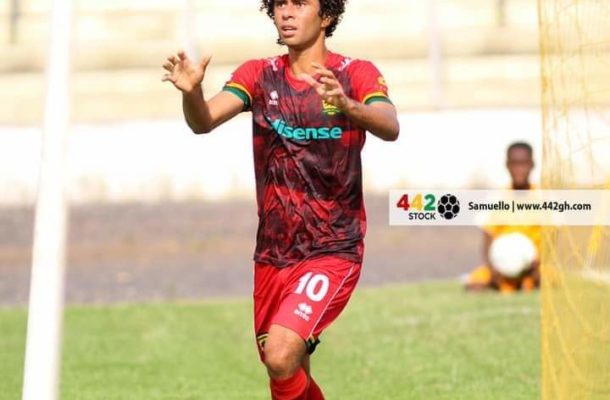 Brazilian midfielder Fabio Gama says the standard of the Ghana Premier League is not bad and very okay and also rates West African Football Academy as his toughest opponent.

The 28 year old striker who joined the porcupine warriors in October 2020 as a free agent on a two year deal has been an integral member of the Kotoko squad.

There was a lot of skepticism as to why a Brazilian footballer worth his sort will come all the way to play in Ghana but the Brazilian says the Ghana Premier League is not bad.

He also says the toughest team he has faced in the league is WAFA and admits they are a very good side and gave him a tough time.

Speaking in an interview with Pure FM, he says Asante Kotoko is the best team in Ghana.

"The level of the Ghana League is not bad, AsanteKotoko is the best team in Ghana. I respect every team."

"WAFA is the best opponent I have seen they play good football" he added.