The main reason why people pay money to have sex 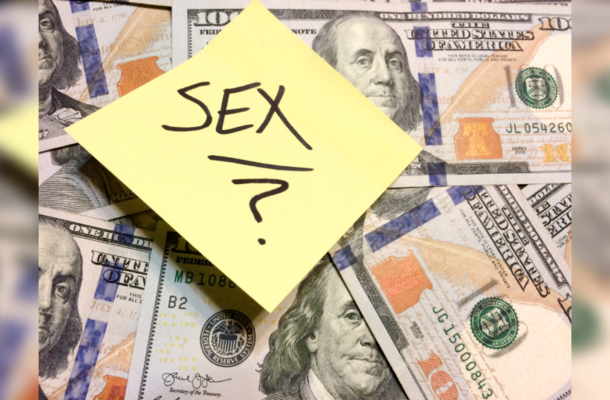 Most would argue on this point that money doesn’t provide happiness. For some, it is remotely true, while others do seem to get some amount of happiness from money. Whether it is about buying clothes, accessories, booking luxury stay-cations or just paying money to have sex with people. Yes, you read that right. We aren’t unfamiliar with the concept of prostitution in our country, but paying money legally to have a partner with you, may sound like a foreign concept.

The idea of selling one’s bodies for money is a highly controversial topic. Those who indulge in such business are often labelled with extreme derogatory terms that despise their existence in the world. Despite all means, people secretly make transactions that allow them to be physically intimate with other people.

Why do people pay money to have sex?

Researchers have found out that people who have an underlying issue of abandonment, low-esteem, lack of trust tend to take such an approach. They don’t feel the need to emotionally get attached to someone and rather only spend some time, necessary to satisfy their needs. People who are also entitled to an unhappy relationship but are bound to stay in it, also resort to such methods secretly. They hire people to be their partners for the time being and to make them feel more of a person. Such distrust in a relationship turns malicious as the partner is unable to reciprocate their feelings in the right way. According to a survey conducted by researchers, the majority of the people who paid money for sex thought it as a way to preserve their marriage. This means, they wanted to avoid the fights and conflicts that come with a sexless marriage. Whereas, the other per cent of people resorted to such methods so that they could avoid the complexities of a relationship.

By hiring a person to look after your sexual needs has been deemed as a belittling acton by society since ages. But people who indulged in it, liked it preferably, terming it as a ‘magical time of spontaneity’ where there are no strings attached except for money. The feeling is relieving and calming, without the horrors of a potentially conflicting relationship.

Issues of confidence and low self-esteem

Some people pay money to have sex because they aren’t confident. They feel the only way to get someone to have sex with them is by paying money. Even if it is for a short time, people feel good about themselves having forgotten about the money. Attending to a high sex drive can be difficult, but quenching the thirst with money can be a way to resolve the problem.

People have always been secretive about this aspect. However, they will continue to do so, if it resolves their problems. Spending money isn’t a matter to them at the end of the day, but feeling happy and content is what most aspire for. If sex helps even a bit, then be it so.