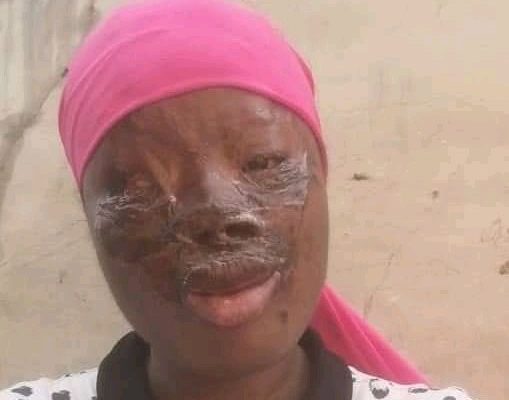 After successfully completing the first phase of the three surgeries she will undergo at the Korle Bu Teaching Hospital in Accra, Ghanaguardian.com brings you the new look of Memuna Malik who survived acid attack in Riyadh, Saudi Arabia, some two and half years ago.

The surgery was founded by donors of crime advocacy group, the Crime Check Foundation (CCF).

Speaking to CCF after the surgery, Miss Malik said she could now breathe effortlessly since her flattened nose which caused her to breathe with difficulty had been lifted and her mouth patched.

“I can now breathe freely and do not struggle as I use to. The doctors said I will undergo three surgeries and this is the first so I am left with two more.” She told CEO of CCF, Mr. Ibrahim Oppong Kwarteng in March 2020.

However, in a Facebook update on Thursday, April 8, 2021, CCF shared a picture of Memuna after the first phase of the of plastic surgery.

It was captioned, “It may not be the perfect picture yet but the first surgery has opened up her face. We pray the third and final surgeries will give Memuna even more hope. Many thanks to the numerous donors who supported her. May God bless you all.” 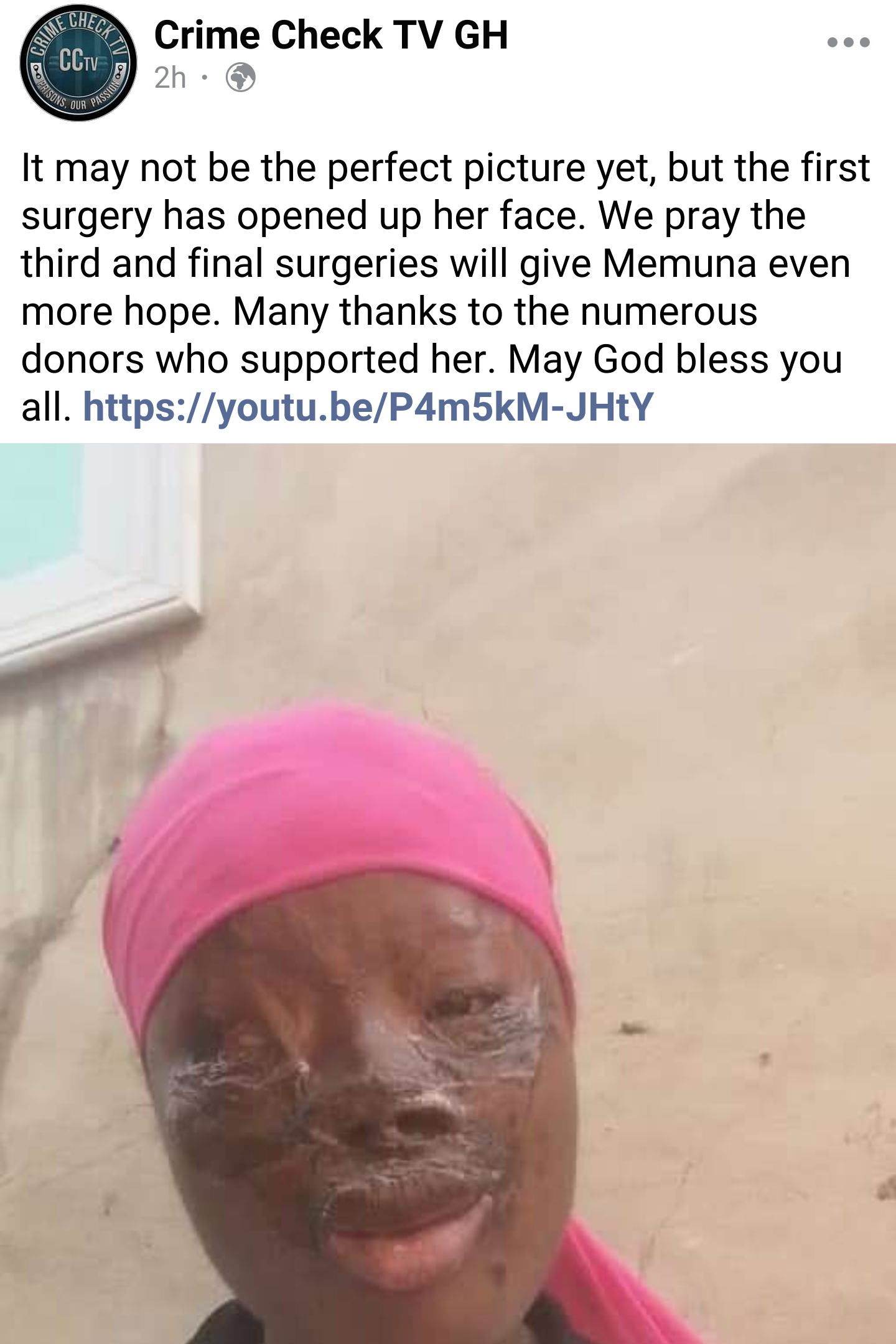 Memuna got disfigured after a lady called Salomey, poured a substance believed to be acid on her face at Riyadh, in Saudi Arabia.

She explained that the unfortunate incident happened to her on the 24th of December, 2018 after she had closed from work and decided to go and braid her hair at one Rabi’s hair salon.

“As Rabi was braiding my hair, she stopped to go and eat. As she was eating, we heard a knock on her door and she asked me to help her open it. As soon as I opened the door all I saw was someone pushed me and poured a substance on me. That was my end.” She told CCF at the time.

The deformed young lady said as she was being moved to the hospital by the Ghana Youth Association members in the area, she couldn’t see anything but could hear voices.

According to her, three hospitals in Riyad rejected her claiming they couldn’t help her situation so it was the fourth hospital that accepted to attend to her.

She said she had to return home because her condition wasn’t getting better as she partially lost her sight and could barely see a thing.

“I had to come back home three months ago because I couldn’t see anything talk of going to work to cater for myself. Rabi too visited me only twice and have never visited again. I returned to Ghana without a pin. Here I am without even a pesewa to go to the hospital because I still feel pains and sick always”. She disclosed.

Miss Malik said she underwent three major surgeries where some part of her thigh skin were cut to do skin grafting.

Donors of Crime Check Foundation paid the Fifty-two Thousand Ghana cedis to the Korle-Bu Teaching hospital to enable her undergo her first phase of series of surgeries after she approached the Foundation for help.

Source: Ghanaguardian.com with facts from CCF