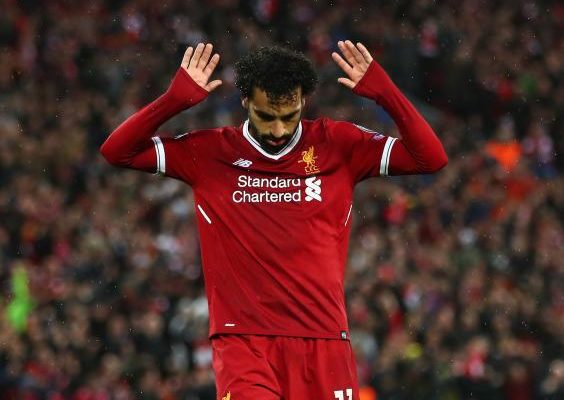 Salah's perfomance against Roma will be forever remember at Liverpool (@lfc)


(WFI)- Mohammed Salah said before the Champions league game this Tuesday that despite his friendships at his former club, he wanted to beat Roma.

What the Liverpool star had not revealed is that what he really had in mind was… to destroy Roma.

On an unforgettable night for Salah and the Reds at Anfield, the Egyptian forward scored two goals and assisted on two more as Liverpool trashed Roma 5-2 in the first leg of their Champions League semifinal.

Salah now has 43 goals in 47 appearances this season and his latest display of excellence occurs just days after picking up the PFA player of the year award.

That is the seemingly highest distinction for a football player in England for the votes come from the Premier League's own footballers. Salah beat Kevin de Bruyne, Harry Kane, Leroy Sane, David Silva and David de Gea in the final tally.

His performance against Roma and throughout the season has elevated the Liverpool player to the heights only reserved until now to Cristiano Ronaldo, Lionel Messi, Neymar or even Antoine Griezman. Salah has been so dominant in his return in England- his first experience with Chelsea was insignificant- there have already been calls for him to be the next winner of the Ballon d'Or - the most prestigious individual accolade in world football.

“What a player,” said Liverpool’s coach Jurgen Klopp after the Roma game.

Next week, the Egyptian is going back to Rome to finish the task he started . Some in the Italian capital will then wonder – yet again- why the “Giallorossi” club sold him to Liverpool for 42 million Euros.