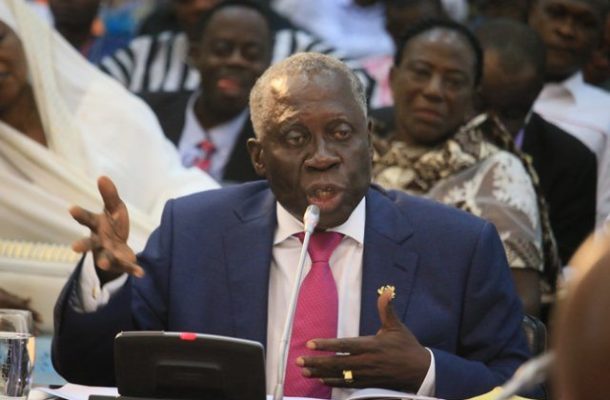 By his actions or inactions, Yaw Osafo-Maafo was one of the major reasons the New Patriotic Party (NPP) under the leadership of John Kufuor was perceived as corrupt and became hard for him to fight against that tag.

That tag was eventually used by the National Democratic Congress (NDC) to campaign hard against the NPP until the party was kicked out of government.

Osafo-Maafo had his name and person involved in way too many controversial contracts and though his party stood firmly behind him, it did not reduce the perception of corruption.

When he served under President Kufuor, there were the CNTCI Loan Saga which has its address traced to a hair dressing saloon, and then the McMillan Saga which had too many unanswered questions.

Again serving under Nana Addo, he would be remembered for the Kroll Contract saga, that though no court has pronounced him guilty, public perception has not changed much.

Hell broke loose over Osafo-Maafo’s opinions on galamsey queen Aisha Huang and now the controversial UNIPASS single window saga that has his name popping up all over and creating tension at the ports, especially at the revenue generation sector.

Per the nature of the UNIPASS contract and the approach of Osafo-Maafo, he is pushing the country into a situation where some judgement debut running into several millions of dollars would be paid.

But that money would not be paid by Osafo-Maafo. It is only posterity that would remember him for causing that debt, if he really goes ahead to ask this untested, untried and unknown UNIPASS to take over the operations of the Ghana National Single Window.

But just as his style under President Kufuor, he was not the one who suffered the most. Others have suffered the consequences because as a person, his own face has never been on the ballot paper.

If he were the political commodity seeking re-election by December 2020, some nine months down the line, he certainly would not have risked gambling with trade facilitation and revenue generation at the ports.

The New Publisher would want to know from Osafo-Maafo, if he has seen the demonstration of the supposed superior one stop end to end system his UNIPASS people claim they have.

What due diligence has he done and can he defend the cost benefit component? Osafo-Maafo is not a coward. He defends his position anytime he has one.

In this instance, why is he not answering the simple questions being raised by civil society and relevant stakeholders against this his UNIPASS agenda that is about to disrupt government revenue and trade facilitation.

Anyway… perhaps, the President has to call for the demonstration of the UNIPASS system himself because clearly, no one has seen this system tested. Which country has it been tried?