The Week in Numbers 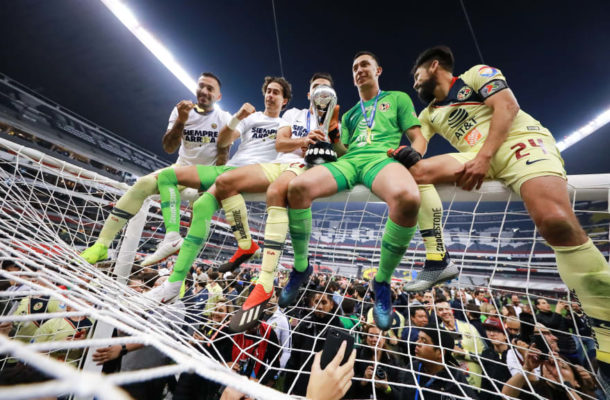 70
appearances for America is what Edson Alvarez had gone without scoring until ending the drought with both goals in their 2-0 win over Cruz Azul in the deciding leg of the Liga MX final. It saw America outrank fierce enemies Guadalajara and become the outright record champions in the Mexican professional era (13 titles).

53
years had passed since a club won three away matches in Catalonia in a La Liga season until Real Betis followed up victories at Girona (0-1) and Barcelona (3-4) with success at Espanyol (1-3). The late Luis Aragones inspired Atletico Madrid to the feat in 1965/66. Midfielder Giovani Lo Celso has now scored seven goals in his last nine games for Betis – more than he posted in 54 outings for Paris Saint-Germain.


50
is the positive goal difference leaders PSV and second-placed Ajax have in the 2018/19 Eredivisie – the third-best in history after 16 rounds. Eric Gerets, Frank Arnesen, Soren Lerby, Gerald Vanenburg and Wim Kieft helped PSV to a +53 goal difference at the same stage in 1987/88, while an Ajax squad featuring Frank and Ronald de Boer, Finidi George, Marc Overmars, Jari Litmanen, Nwankwo Kanu and Patrick Kluivert also had +53 in 1995/96.

31
European nations will finish 2018 in the top 50 of the FIFA/Coca-Cola World Ranking – the highest-ever total for a continent at the end of a calendar year. Central to the statistic was six of the eight quarter-finalists – and all four of the semi-finalists – coming from the ‘Old Continent’ at Russia 2018. France ensured that six successive Mover of the Year awards have gone to Europe.


14
successive defeats is what Crystal Palace had suffered without Wilfried Zaha until they edged Leicester City 1-0 without their suspended talisman.


11
minutes of action against Kashima Antlers is all Gareth Bale required to score the third hat-trick in FIFA Club World Cup history, after Luis Suarez in 2015 and Cristiano Ronaldo the following year. It catapulted the Welshman past 14 players, including Romario, Nicolas Anelka, Wayne Rooney, Ronaldinho and Lionel Messi, and into second place on the competition’s list of all-time leading marksmen, one behind seven-goal Ronaldo.

10
goals as a substitute is what Paco Alcacer became the first player in Bundesliga history to score in a season – and he did it in merely seven appearances from the bench. The 25-year-old Spain striker helped Borussia Dortmund ensure that Bayern Munich will not finish as Herbstmeisterschaft (Autumn Championship) winners for the first time in eight years.


6
goals was the margin by which Sporting Cristal sunk Alianza Lima – triple the previous biggest victory in a Peruvian Primera Division final. Argentinian striker Emmanuel Herrera sealed the 7-1 rout to become the first player in the competition’s 106-year history to score 40 goals in a season.


3
penalties is what Khalid Eisa saved – a FIFA Club World Cup record – against Team Wellington and River Plate to make Al Ain the first Emirati side to reach the final of a FIFA competition.