There's no pride in virginity; think about how to make money - Victoria Hammah urges young girls 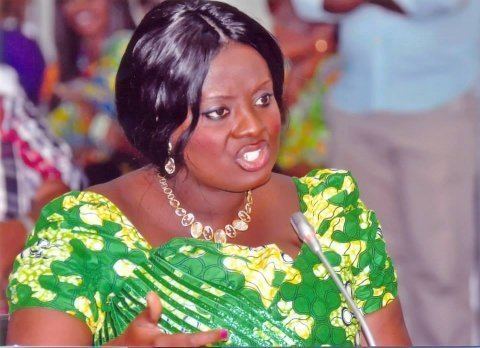 Controversial Former Deputy Minister of Communications under the erstwhile Mahama administration, Victoria Hammah has said the issue of virginity has been exaggerated in the African setting.

According to her, the concept of virginity being the pride of every lady is completely outmoded, misplaced and needs to be revised.

She believes the state of being poor should be more worrying to any girl than her virginity because it’s what eventually will translate to the economy and the general outlook of a country.

The former broadcaster whilst recounting her days as an activist on campus against issues she felt needed attention, mentioned that “There was an upsurge of virgin clubs in the country. They used to dress up young girls and parade them around as virgins and it was gaining grounds, it was a consecutive element, I’m talking about religious organisations, traditional institutions”.

According to her, prominence should be placed much more on personal development of every female in areas of education and women empowerment such that they are well-equipped and ready to face the pressures of life, contributing effectively and efficiently in various fields to the development of society.

Priding in virginity Miss Hammah stressed, is a wrong notion where the value of a woman lies in “some hymen, some skin inside their vagina”.

“Society is changing, it is saying that today a woman can be educated, informed, participate in decision-making and we have seen the positive effects of all these processes when we empower a woman, we see how it’s not just an individual improvement, it improves a whole community. So we raise that debate that rather than investing scarce resources into brain-washing girls that their value lies in some hymen, some skin inside their vagina, that’s not what we need as society. What we need is to invest in the girl-child for education, invest in the girl-child to protect their rights in socio-cultural issues and also to empower them to contribute positively to society”, she maintained.