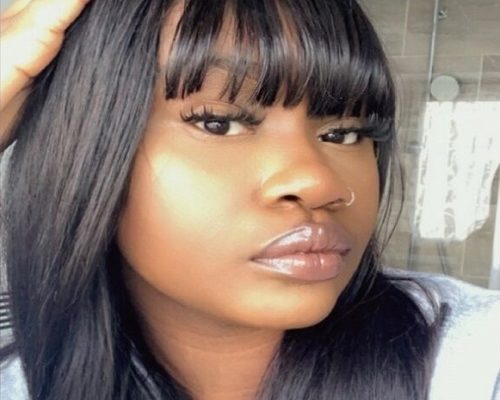 A young Ghanaian resident in London, United Kingdon, has narrated how she resigned from her work due to racism.

According to 25-year-old Janica Frimpong who is an IT graduate, she suspected her colleagues were discussing her behind her back so she decided to record them.

She said on one occasion, she left her phone on the table and went to the washroom. Unaware that she had left her phone on record and was taping their every word, her two female colleagues made racial comments about her leaving her devastated.

According to Frimpong who later uploaded the recorded audio on her social media pages, some of the comments authored by her now-former colleagues were that; “black people have a smell about them” and “they don’t wash their hair”.

She said she couldn’t stand the whole atmosphere at Legal & General’s London HQ and decided to quit her job before revealing the incident to the public. However, she said an investigation about the case was immediately launched.

Frimpong later on Twitter explained that this is not the first racial incident she was involved in at the company where she worked. She added that she had experienced racism and bullying on ‘multiple occasions’ before resigning.

On January 6,  she tweeted: “No workplace should ruin your mental health.”

Posting an excerpt from the shocking tape on Twitter, she said: “I didn’t want to have to bring this to Twitter. However I felt there was no other way to show everyone the racists and bullies @landg_group employ to represent them. I felt forced to quit my job with them today after I experienced racism and bullying on multiple occasions.”

In the minute-long section of the tape she posted, two unidentified women, A and B, can be heard in a conversation about her:

‘A: …and she has a smell about her, like a fried, oiled smell. Is it just me? It stresses me out.

B: It could be cocoa butter.

A: Black people have a smell about them.

A: You know, some people smell clean and fresh – and some others.

B: You know black people, they don’t wash their hair.’

At one point, one of the women added, ‘she’s not here, though, she’s in the toilet.’

Hundreds of Twitter users immediately shared their support and encouraged her to take legal action for constructive dismissal.

The company tweeted in response to the original tweet: “We are upset & saddened to hear about your experience. The allegations are appalling & are not reflective of us or our culture. We have an internal investigation underway to identify all individuals concerned & we will do all we can to make sure this doesn’t happen again.”