Things my ex told me after we broke up 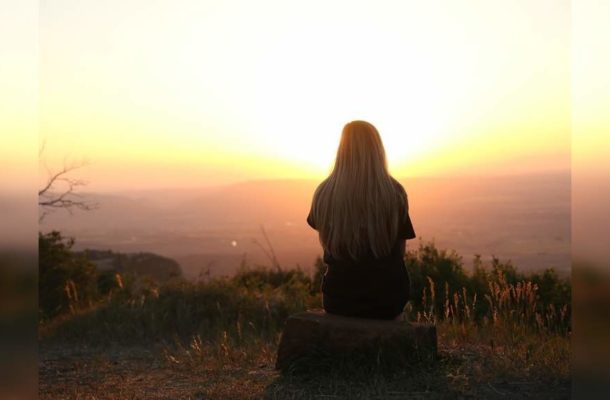 Breakups are painful, we all can agree. Two people mutually decide to end a relationship or one may even end up dumping the other person. Most of the times it’s not amicable or cordial but rather harsh, which completely lets go of our beliefs in love and relationships. Reeling with endless possibilities of how your relationship might have turned out can be really depressing and sad. While it’s clearly true, you have to let go of your ex and the feelings.

A breakup isn’t instant. Saying that it’s not going to work anymore can be finished within a moment, but the feelings attached to all the time you spent together isn’t going anytime soon.

Breakups are momentary. It’ll hurt a lot, in the beginning, but once, you realise that it was necessary for both of you, especially for your happiness, then you’ll slowly come into terms with it. Sometimes, you may not even get the closure you both require to move in your respective lives. You yearn so badly, to at least talk or listen to your partner just once more, yet you don’t actually don’t have the courage to do so. That’s alright. What’s surprising is that your ex takes the initiative to clear out all understandings and give you both the closure you need. Needless to say, that’s a braveheart. Unknowingly, that’s exactly what happens, most of the time. Countless stories about exes wanting to talk just one more time or clear out any misunderstanding are very common. After all, it’s natural human nature. The urge to connect with a familiar person, whom you once loved, can pull your strings to reach out once more.
My experience was somehow, inexplicable in words at first. But now, I can see and understand things differently. After a rather harsh breakup, my ex didn’t stay in contact with me for almost a year. Just after the mutual breakup, I emerged myself in sadness and refused to accept the reality as it is. It took time to heal and look up again, because for me, losing out on love was unacceptable. Young and immature, was what most of us were during our first loves. That was exactly the situation for me too.
My ex showed up in my message list one day with a note asking me to meet him once more. Anger, rage, tears were all mixed emotions I experienced upon reading that text. I decided against it until I somehow came up with the thought that this might just be the closure I needed.
We met, exchanged pleasantries and had our favourite coffees in a nearby cafe. He was the first one to speak. My heart raced and beat violently. I never imagined myself speaking to my ex again, let alone meet him! But I remained calm and his first words were a shocker. “I am sorry.” I sipped at my coffee again. He continued. He started saying that it was a mistake he made for not talking to me for a whole year right after our breakup. He wanted to escape from everywhere and not have a trace of him left in anything I saw and owned. It was painful for him too, but he couldn’t bear the thought of speaking with me, knowing that we were no longer in a relationship. The though suffocated him thoroughly. Even though the breakup was for the best, he still couldn’t come into terms with it. Speaking to me would’ve apparently made it worse.
I didn’t say anything as he yet again continued. The person I had spent a lot of time with was sitting right in front of me, apologising for leaving me completely alone and distraught. He further said that he felt guilty for not being there after the breakup. For not giving me a reason to why he would disappear or block me. For leaving me alone to deal with the aftermath with the breakup. He was sorry for everything.
You see, we were our first loves. It was difficult for us because we were each other’s standing grounds until then we decided we can't go further. He had always been a strong person, emotionally and mentally. Though this was completely unexpected of him. I started off by saying, it’s alright. I had nothing else to say. He brushed me off saying further that he was okay now. Halfway through, he began to understand the meaning as to why we broke up. It may just be a sentence but there’s a hurricane of words and feelings waiting to be resolved soon.
He wasn’t sure what us breaking up meant. He tried dating a girl but ended up comparing her to me. He thought about me and missed me, all the while being sure that he no longer loved me. That may sound confusing but it’s true. Many times, you’re in love with the memory of the person and all the existing memories come flooding back to you, giving you the impression that you still love them. It’s necessary to know that you no longer love the person anymore but you’re in touch with the memories you shared.

He and I reminisced our fond souvenirs of feelings.

All along, I knew somewhere that even I wasn’t over him. I used to glimpse at our memories or skim through old photos and smile, fondly remembering our old selves. He did the same!

Love is so unexpected. It never leaves you behind. Even though the love between us had faded over completely, we still had respect and fondness for each other. I am not the type to behold a grudge because he didn’t speak to me for a year. I don’t require revenge nor would wish bad on anybody. I truly feel that positive thinking and acceptance of reality is what will help everybody to move forward in their lives.

I am grateful that my ex had the courage to speak his heart in front of me again and that is for the better.