This is definitely my last season in football - KP Boatneg 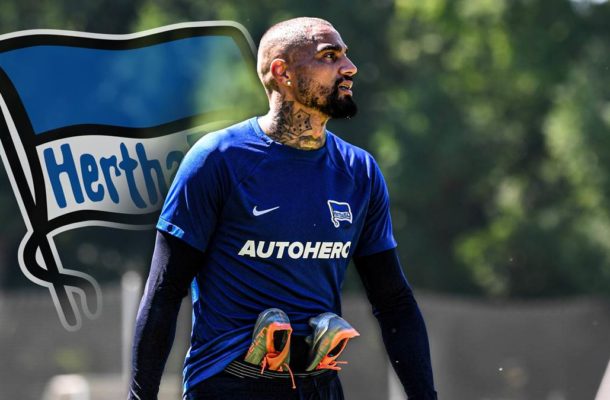 Last Wednesday Kevin-Prince Boateng extended his contract with Hertha BSC for another year, and now it's clear: it will be his last as a professional footballer. The midfielder announced that he is retiring after the upcoming season.

Just a few days ago, Kevin-Prince Boateng signed a new one-year contract with Hertha BSC - it was his last as a professional. The midfielder announced that active football will end after the coming season.

"I can tell you here and now that this is definitely my last season. I'll do everything again for the club, for myself too. And then it's over," the 35-year-old is quoted as saying by rbb24 .

The association only officially announced the continuation of the cooperation on Wednesday . The contract with the native Berliner was extended by one year until June 30, 2023.

"We didn't just see in the relegation how important Prince is for our team. He's our leading player, leads the way and pulls everyone along," said Managing Director Sport Fredi Bobic. "I feel good, I'm hungry and I'm in the mood to continue gambling with the boys," said Boateng.