This is how Deepika Padukone’s relationship changed after marriage. Can you relate? 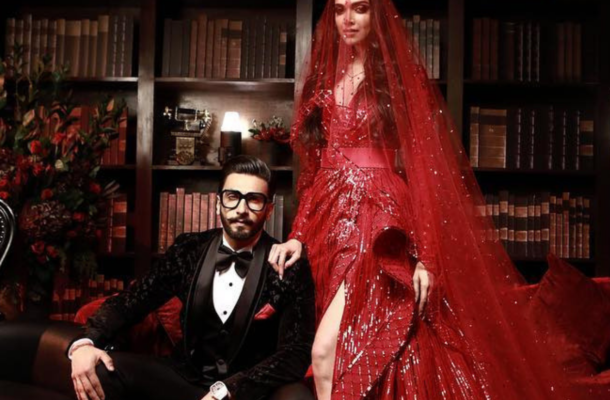 A lot of couples who tie the knot after being in a relationship for a long time might have wondered how marriage can affect their bond. Will it change their lives? Will love grow deeper? It seems, Deepika Padukone has an answer to this question.

“There has been a certain change in our relationship after marriage. I cannot exactly express it in words. But there is definitely a change. I feel grounded and happier. It’s a good feeling,” said Deepika in an interview.
Deepika and Ranveer Singh got married last month in Italy and later they had a few lavish receptions at Bengaluru and Mumbai. When asked about their honeymoon plans, Deepika looked amused and came up with a quick reply. “It will be our honeymoon when
Simmba will be released,” said the actress, adding, “We aren’t thinking too much about holidays now.” Ranveer is playing the lead role in
Simmba, which was released on 28th December. In this much-awaited release of the year, Bollywood's latest sensation Sara Ali Khan is Ranveer’s leading lady.
Interestingly, in an interview with the
Filmfare magazine, Deepika had revealed that the couple got engaged four years back. It didn’t come as a big surprise because although Deepika and Ranveer had never talked about their engagement openly but the couple never kept their relationship a secret from the world.

In fact, they have been each other’s pillar of strength. In a recent award function when Ranveer won the Best Actor award, he acknowledged on stage the role played by Deepika in his life. “Baby, I love you.
Pichhle 6 saal main maine kuch bhi achieve kiya hai, kyunki aap ne mujhe grounded rakha, centered rakha. Thank you for everything and I love you.” (Whatever I have achieved in the past six years is because of you. You have kept me grounded and centered and I would like to thank you for everything.)

Deepika and Ranveer had both accepted how they helped to keep each other grounded. When you are in a relationship or are married, it can be quite exhilarating at times. No wonder, a person might falter but it is the partner’s responsibility to keep him or her grounded. That’s where the strength of a relationship lies. And Deepika and Ranveer seem to be doing the same. Don’t they?