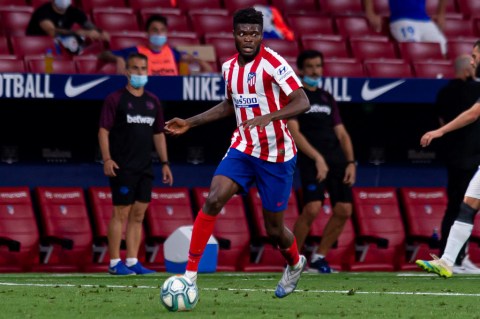 England international, Kieran Trippier says he hopes Ghana’s Thomas Partey remains at Atletico Madrid amid speculation linking his team-mate with a move to Arsenal – but admits the ‘unbelievable’ midfielder would ‘fit in perfectly’ in the Premier League.

The Gunners are on the hunt for midfield reinforcements this summer and Mikel Arteta has identified Partey as one of his priority targets, with the 27-year-old reportedly interested in a switch to the Emirates.

Partey’s father fuelled rumours of a move to north London as he appeared to confirm that Arsenal had held talks over a possible deal, with the Ghanaian’s release clause making him available for €50million (£42m). 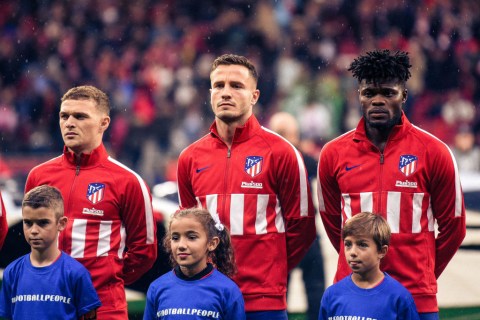 Ex-Tottenham right-back Trippier, who now shares a dressing room with Partey at Atleti, discussed the speculation surrounding the defensive midfielder’s future during a lengthy chat with The Beautiful Game Podcast.

Asked to compare Partey with his former Spurs team-mate Mousa Dembele, Trippier replied: “I’d seen him play for Atletico but I didn’t realise how good he is.

“It’s unbelievable, his physicality, how he breaks up play. Technically, he’s got everything.

“He ranks as one of the best midfielders I’ve played with but Mousa is Mousa, he’s on a different planet. Even in training he’s just in cruise control.

“Ask anybody who has played with him and they’ll say Mousa Dembele. That’s how good he was. It was frightening. ‘But Thomas is still very young and everybody loves him out here”.

Trippier added: ‘Going to the Premier League… who knows? Obviously I want him to stay here because he’s a valuable member to our team. But I feel like he speaks perfect English. I don’t think he’d have a problem with the Premier League”. 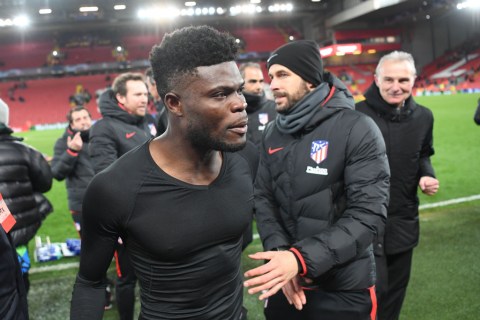 “But no, they just ask me what it’s like, the style of play, a few players have. It doesn’t mean that they’re leaving by the way”.