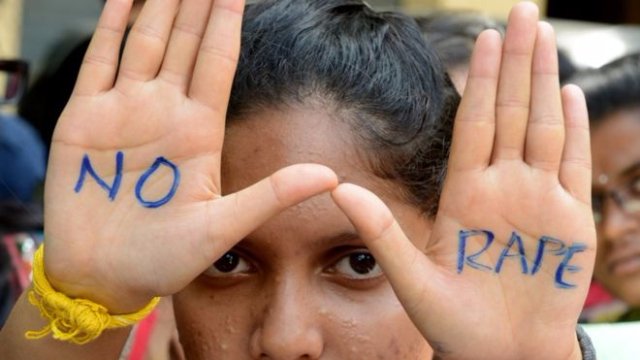   Three men suspected of participating in the gang rape of a woman and her teenage daughter have been sent to jail for 14 days as investigations continue.
The two were dragged out of a car by a group of men along a highway between Noida, a Delhi suburb, and Kanpur city on Friday, reports said.
Three male relatives travelling with them were assaulted and tied up.
The incident has caused outrage across the country and raised questions about police efficiency.
Some of the victims alleged that they got no response from the official helpline number.
One of the men who was attacked told the Hindustan Times newspaper that the line had been continually busy and that when they finally got through, the officer at the other end of the line had "repeatedly asked questions instead of rescuing the family".
Family members also alleged that a police van had driven past the field in Bulandshahr area where the incident took place, but had not stopped.
Senior police officer Sujeet Pandey told BBC Hindi on Monday that the three men, who were arrested on Sunday, were remanded in prison after they were identified by their victims.
Three more men were detained today, he added.
The Uttar Pradesh state government has suspended seven policemen in connection with the incident and set up a 300-member taskforce to investigate the incident.
The family was also robbed of money, jewellery and their mobile phones.
Scrutiny of sexual violence in India has grown since the 2012 gang rape and murder of a student on a Delhi bus.
However, brutal sexual attacks against women and children continue to be reported across the country.
  Source: BBC News