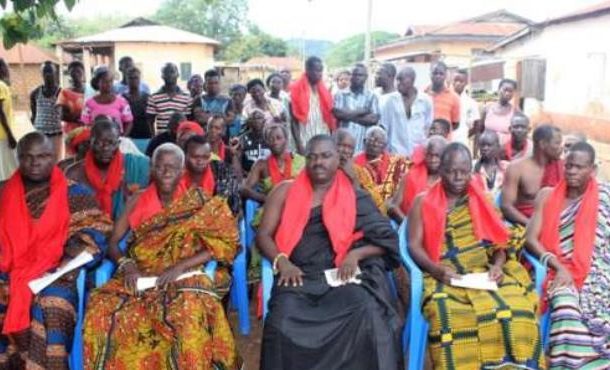 Paramount chiefs of Kpenoe, Takla and Hodzo traditional areas in the Ho Municipal area have threatened to block the Ho-Barracks to Tokokoe road for an 'intensive' communal labour to fix the stretch.

They described the 18 kilometre rugged stretch as the worst road network in the Municipality and said if government failed to start work on the road in two weeks, they would declare three months of 'intensive' communal labour to make the road motorable.

The chiefs, at a press conference addressed by Togbe Kotoku XI, Paramount Chief of Kpenoe, said within the three months, the communities would ban all political activities to ensure that the people remained focused and committed to the communal labour.

He said the traditional area felt neglected, disregarded and ignored in view of several attempts, including demonstrations by the youth to draw government's attention to their plight and said the people were ready to use implements they could afford-pickaxes, shovels and head pans to fill gullies and remove rocks on the road.

Togbe Kotoku said the bad nature of the road had cut the areas off from Ho with the most reliable means of transport being on foot and motorcycles.

He said the situation was worse during the rainy season with regular reports of crashes and breakdowns of motorcycles.

Togbe Kotoku recounted how some pregnant women developed complications commuting to Ho for healthcare on motorcycles with a few losing their lives.

He said the nature of the road was also affecting education in the traditional areas because the communities remained unattractive to teachers, with the few teaching in the communities struggling to come to school regularly.

Togbe Kototku said the communities had also fast lost their relevance as the food basket of Ho because their produce got rotten on the farms since commercial vehicles have abandoned the route.

He prayed that the priority given to Ho Township roads would be extended to the Ho-Barracks -Tokokoe road.