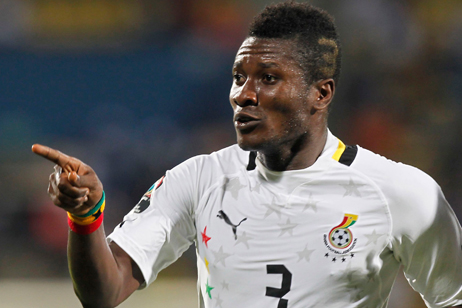 On 10th September, 2011, Ghana and Sunderland striker Asamoah Gyan signed for Al Ain in the United Arab Emirates on a one-year loan deal.

In a move that is as shocking as it unfolds, the Emirati club has offered the player a one year loan deal that would see him earn about twice the wages he gets at Sunderland.

'I have signed for Al Ain. I know this move will come as a surprise to many, considering the things that I have said in the past month.'

The player met representatives of the club in Accra in the past week, at about the same time he was preparing to represent his country against Swaziland in the African Cup qualifiers.

He then met representatives of the club in London as the Black Stars were readying to play Brazil in an international friendly. The move was finally done in the wee hours of Saturday morning.

'Sometimes fans would not understand why we do certain things, but in due course everything will come to light.'

Gyan moved to Abu Dhabi to meet Al Ain executives, where he completed his medical.

The news first broke out on Arabic sports forums online early in the early hours of Saturday 10th September, 2011, with some Arabic channels also hinting at it as well. Twitter also picked it up early Saturday morning, but the Al Ain officials only confirmed it in the last hour.

On his part, His Excellency Mohammed Abdullah bin Bdoh, Member of the Board of Directors of Al Ain Sports and Cultural deal the club was excited with the deal.

'We fully intend to show our ambitions in the league and in the Asian Champios League in the future and we think Asamoah Gyan would be important in this task.

"He is ready physically and technically. Gyan would also inspire the younger players in our team.'

Sunderland boss Steve Bruce said: "Anyone who has seen Asamoah play will know that he hasn't been himself in recent months. This option suits all parties at the present time and the club is well-protected in the deal.

He continued: "Asamoah has three years remaining on his contract and of course my wish would be that he finds his spark again and we see him in red and white stripes next season in the form that first attracted us to him."

Gyan joined Sunderland from French side Rennes in August 2010, making 37 appearances in all competitions for the Black Cats and scoring 11 goals.