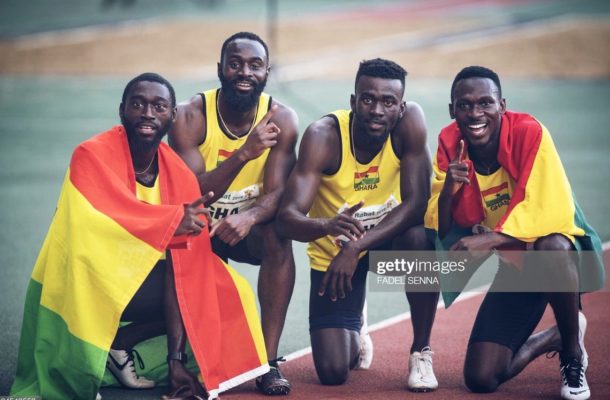 Ahead of the first leg of the Ghana Athletics Association’s (GAA) Circuit Championships in Sekondi-Takoradi on Saturday, 7th March, the GAA has announced a $12,000 sponsorship from the Ghana Maritime Authority (GMA) to fund its developmental programme for the year and preparations towards Tokyo 2020 Olympic Games.

The sponsorship brings together a traditional giant in sports development in Ghana and Ghana’s maritime regulatory body to support the nation’s preparations towards major championships in the year.

Sprinter Joseph Paul Amoah and triple jumper Nadia Eke have booked their places at the Olympic Games. There are a lot more individual qualifying prospects and the 4x100m relay teams who are also hoping to clinch places at the world show piece event.

According to the Chief Executive Officer of the GAA, Mr. Bawah Fuseini, the sponsorship is a very timely boost to the GAA ahead of the first leg of the athletics governing body’s prestigious Circuit Championships which is set to be held at the Essipon Sports stadium in Sekondi-Takoradi.

The GAA capo also thanked the GMA for their generous contribution, adding that “the sponsorship speaks volumes about the GMA’s understanding of the significance of sport, and athletics in particular, as well as about the growing reputation of Ghana Athletics.”

He particularly expressed his appreciation to the Director General of the GMA Mr. Thomas Kofi Alonsi and his management for their decision to sponsor athletics this year.

Following the christening of the domestic track and field season by the athletics segment of the GUSA Games 2020, the athletics governing body officially opened its season on 15th February with an ‘Under Distance Championship at Kumasi.

In a related development, three other legs of the Circuit Championship will be held in Tamale on 4th April, with the final in Cape Coast on 9th May. The Circuit championships will be sandwiched in between by the Open Championships on 21st March at Kumasi and in Accra on 25th April.

The GAA’s Circuit has traditionally featured hundreds of male and female athletes who battle for glory in their respective events.

Athletes drawn from the regions, security services, Ghana Education Service, and tertiary institutions are expected to be in action.

The Circuit will also serve to provide opportunities for Ghanaian based athletes to qualify for the 2020 African Championships in Algeria and the Tokyo 2020 Olympic Games.

Meanwhile, the Ghana Athletics Association is scheduled to host its national athletics championship on 13th June, 2020.

The championship, which is expected to be the major highlight for the domestic athletics season, is expected to bring together the cream of the nation’s best athletes from abroad and locally to compete on the same platform ahead of the African Championships and the Tokyo 2020 Olympic Games.

The national Under 18 championship is also billed for Kumasi on 30th May.