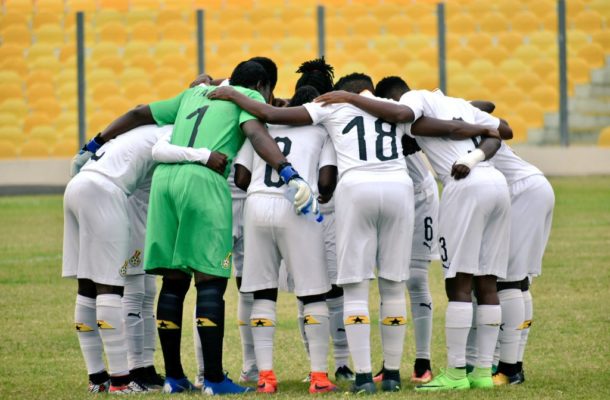 Ghana's Black Queens failed to beat the Harambee Starlets of Kenya Friday in the first leg qualifier for the Tokyo 2020 Olympic games played at the Accra Sports Stadium.

The game ended in a draw as the host could not take advantage of the numerous chances that came their way and had to settle for a share of the spoils.

The Queens were frustrated by some masterclass defending from the Kenyans,poor finishing and some misfortune from strucking the goal post.

Ghana's best chance of the first half fell to Milot Abena Pokuaa when her goal bound effort was cleared off the line by the Kenyan defence.

The game plan of the Harambee Starlets was very clear from the onset, they set up to frustrate the host and hit them on the counter break.

Milot Abena Pokuaa who was a thorn in the flesh of the Kenyan defence made an incursion into the Kenyan penalty box in the 73rd minute and thought she had grabbed the opener only for her shot to cannon off the post and fly away to safety to the relieve of the Kenyans.

Evelyn Badu also cushioned her header onto the post in the 83rd  to continue Ghana's battle with the goal post on the day.

Ghana will face the Harambee Starlet in the second leg qualifier on the 8th October 2019 in Nairobi.